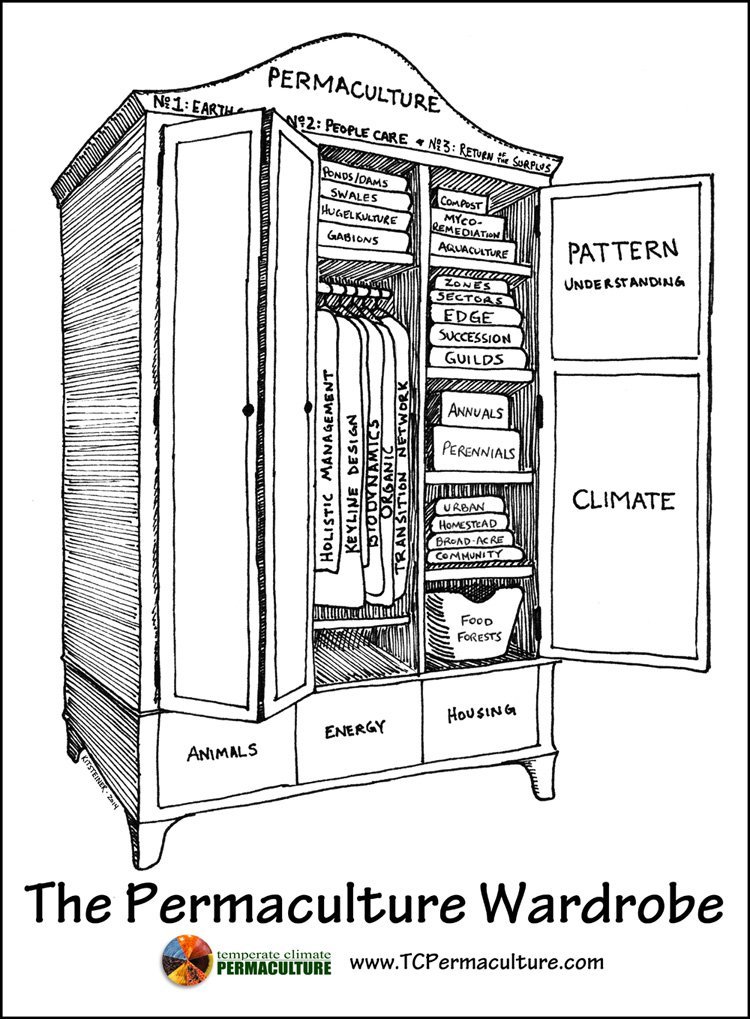 Permaculturists frequently speak about the Permaculture Wardrobe. I first heard it from Geoff Lawton, but I am not sure if the concept originated with him. The wardrobe is an idea that describes the knowledge that can be drawn from and the skills that can be applied to a Permaculture project. I have seen the wardrobe in my head for years, and I finally decided to put pen to paper.

If we have a chance of turning things around, everything we do must agree with Permaculture’s Three Ethics engraved at the top of the wardrobe.

I purposely do not have the doors opened all the way. This serves two purposes. First, it provides space for all the information, skills, design methods, etc. that I could never really fit in a drawing (especially that one topic that you think I left out!). Second, for me it represents that there will always be more to discover behind that door; how exciting that we never stop learning! 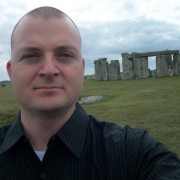 John Kitsteiner runs the website Temperate Climate Permaculture which features articles and resources focused mainly on the temperate climate however you will find an array of information about applying Permaculture design principles. You can also follow John on his TCPermaculture Facebook page, here.

Up the Wall (pt 1) : Vertical Interventions in the Concrete Jungle