Imagine if you could trap the energy of the sun and store it, in a bank, for future use when you needed it in the winter? That’s the principle of Annualized Geo-Solar. A fancy name, but a clever way of storing the heat in the ground and using it to warm your greenhouse when its needed in the cold winter months.

In the video Geoff Lawton visits a massive community glasshouse in the mountains of Invermere, British Columbia in Canada where they are using this method to keep their glasshouse warm over winter.

A massive slotted steel pipe suspended high in the ceiling would trap the summers heat and through a connected series of smaller pipes buried deep within the concrete floor, an inexpensive fan would suck the heat down and store it beneath the glasshouse on a regulated temperature timer system. You need to trap the heat and keep it down there with a barrier of insulation. The insulation went six feet across and the excavation went down three feet. Because heat flows from warm to cold, you can direct the heat flow to where its needed.

The amazing thing is how long it takes to dissipate once the heat of Summer has ended. The lag in thermal mass cooling can take literally months. Long enough to cover the arrival of winter.

Now, when you touch the floor, it’s not hot at all. The thermal mass takes a long time to cool down, keeping the glasshouse nice and stable when you need it most. Normal ground temperature is between 5-9 degree Celsius. With GeoSolar heating, the floor temperature rises to around 25 degrees Celsius.

According to Bill Swan, the manager of this community glasshouse, “The heat going in (underground) in March and April is being stored. We’re putting it in the bank.” That same heat is eventually returned by October when the temperatures are a lot cooler. This concept according to Bill could be used in the desert also, but in reverse. You suck cool air out of the ground to moderate the greenhouse over summer. The same process, but in reverse. 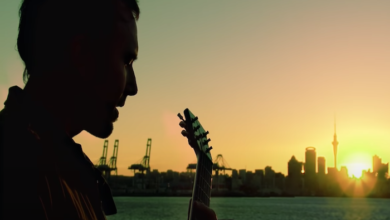