Bones. Charcoal. Ash. Blood. Feces. Food waste. Pottery shards. Before I began my journey into permaculture and regenerative ecology, if you asked me why someone would gather and bury these things together, I would have guessed at some kind of disgusting voodoo magic ritual. But for those initiated into the alchemy of composting and soil generation, this is actually a recipe for the most nutrient-dense, hyper-fertile soil on the planet — terra preta, or “black earth”.

The story of how terra preta was used by ancient amazonian peoples, rediscovered in modern times, and how it subsequently revolutionized our concept of the Amazon jungle and inhabitants, is a fascinating one, and it carries many lessons for us in modern times as we learn how to “leave no trace” (or even better, leave a regenerative trace) and develop a sustainable lifestyle and culture. First, a little history lesson. When the amazonian jungle was first discovered by colonial europeans and studied in the west, it was thought of as a vast, untamed wilderness of untouched old growth forest with sparse populations of primitive human inhabitants. While accounts of the first spanish conquistadors in the Amazon spoke of vast advanced civilizations in the jungle, no future expeditions into its depths ever found these thriving communities. This lead to the myth of El Dorado, the hidden city of gold, which has been largely dismissed and thought of as a fairytale.

This perspective continued into the 20th century, and was reinforced by the findings of anthropologists and ecologists who tried to harness the apparent fertility of the Amazon to grow crops. What they found was that the forest soil was mostly quite bad for agriculture, leading one prominent archaeologist to call the Amazon a “counterfeit paradise” that couldn’t sustain a population of any size. But many new findings are turning this theory on its head, and it turns out they were about as right as someone showing up to the playa after Burning Man and finding it improbable that 60,000 people were there. The dark, rich soil known as terra preta is shown on the left,
compared to natural forest soil on the right.
Image courtesy of Carbon-terra.eu

Scientists and researchers started to look into the local accounts of terra preta, the black earth that existed in vast pockets throughout the landscape. This soil is dark, rich, and incredibly good for growing plants, and often extends more than 5 feet deep into the ground with countless layers of stratification evidencing hundreds or thousands of years of accumulation. These treasure troves of fertile soil are obviously human-made because they include all of the ingredients listed above, including organic waste and pottery shards. But the craziest part is that there is so much of it: Some estimate that 10% of the surface of the Amazon is covered by it, which is twice the size of Great Britain. That’s a whole lotta humans creating a whole lotta humus.

Besides understanding the alchemy of composting and using it to their advantage, the native peoples of the Amazon also knew how to leave an even bigger awesome trace. It is thought by many now that the great diversity of food-bearing plants and trees that are found in pockets throughout the Amazon were created by the humans living there for millennia. While I’m sure none of them thought of it in the way that we do now, they were creating food forests, simply by harnessing the fertile earth that their ancestors left them and growing what they wanted to eat. More and more it is looking like the Amazon has been shaped way more by humans than we ever previously thought. Leaving an astoundingly massive legacy of fertile soil and food forests is what every permaculture nerd and practitioner dreams about at night, and these new revelations about the Amazon show us that not only is it possible, but we have done it before. The real magicians: microorganisms and char

To take you into a brief biology lesson, let’s talk for a moment about what makes terra preta and composting in general work. To put it simply — it’s the microbes. Bacteria, fungi, nematodes, worms, insects, and larger creatures all play a part, but the bacteria and fungi are the all-stars of turning organic waste into nutrient-rich soil. They feed on decaying stuff and make available nutrients that plants crave.

But microorganisms have needs, too — they like a nice habitat just like us, and that is where carbon comes in. Much of the carbon in terra preta comes from the charred wood of ancient cooking fires. It is what gives the soil its black appearance, and it turns out to be the perfect microorganism hangout. Carbon in the char form has an insane amount of surface area — a single gram of it has a surface area equal to something between a tennis court and a football field. And in addition to being a great habitat, it does a bunch of other amazing things for soils, such as retaining texture, holding water, and making nutrients more accessible. It is the combination of diverse organic waste and large amounts of carbon that native Amazonians used that allowed the microorganisms to make the black magic of terra preta over thousands of years. Biochar, or charred organic matter such as burned wood,
has an incredible amount of surface area.
Image courtesy of Carbolea.ul.ie

The most direct lesson we can learn from terra preta is something that is oft-repeated at permaculture design courses, that waste is just an unused input. Or as William McDonough of the Cradle to Cradle design philosophy succinctly puts it, waste = food. While we have access to infinitely more resources, technology, and knowledge than native people did, we seem to have completely lost their wisdom that planning for future generations and living in a way that causes the environment to flourish takes precedence over, well, just about anything else. When we allow our waste to become floating islands of trash or worse, and when we utilize an agriculture that strips the land of its fertility instead of restoring it, our future can only be bleak.

But on a more personal and practical note, how can we be the change that we want to see and harness the lessons of terra preta? The first thing is to look at all of the waste you produce from the things you consume, and see how you can reduce, reuse, and recycle as much as you can. If you have access to land and an interest in gardening, then learn all about composting and start to play around with it. It is a wonderful way to make your own rich soil. And to utilize the wisdom of how carbon can really launch soils to the next level, either buy or start to make your own biochar. Let the microbes do their work and make them happy — that will give you great soil and great soil will let you grow yummy food that is healthy and delicious and not shipped from another continent. 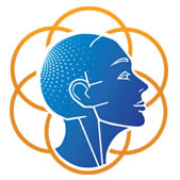