The first permaculture festival in Italy took place from the 5th to the 7th of September, 2014, in the medieval town of Bolsena. The location was awesome.

Why a festival? For the simple joy of sharing. And that is what we saw and lived.

Discussing with Luca Puri, who had the idea for this great event, we actually came to agree that the festival was a permaculture design laid out throughout the center of Bolsena. The town became part of a project that redesigned the streets, their function, view and shape.

Three days of complete life in permaculture. The festival took place in different locations throughout the small streets of the town center: public auditoriums, halls and a theatre, outdoors in small squares, but even private canteen’s and cellars, and a fantastic bookshop-osteria.

The festival was completely based on the work of a great group of volunteers, but in the end the difference between the volunteers, the town citizens, the speakers and the attendees just vanished into a sole community. You just walked down the streets saying hello to everyone, smiling and hugging people you didn’t even know, it was awesome. In the three days one could attend conferences, workshops and seminars with 27 speakers. Throughout the day one could relax with free wellness sessions, with 20 volunteers, and in the evening there were films and music until late. The organisers wanted to give the possibility for everyone to experience, speak and live permaculture — sharing knowledge without the concept of having to pay for it. In the end it turned out that one could hardly see the difference between the speakers and the attendees.

Here’s a link to the program for those interested.

The workshops were mostly hands-on — from the rocket stove workshop that put your hands in the clay, to the workshop on fermenting food, or the workshop on synergistic gardening, based on the method of Emilia Hazelip, that actually created a vegetable garden in a town public garden. Strawbale building, compost toilets, etc. — nearly every possible subject was covered in the three day event.

Some could argue that maybe it was a bit too introductory, i.e. more for newcomers, but the nice thing was that everyone could walk into a meeting or workshop and get involved, whether an ‘expert’ or newbie. This is a formula for getting the movement more in motion, and growing. The result? Well, excellent, when we consider that there were nearly 400 registrations for the workshops. These had a limited seats, but they were always exceeded when possible to let everyone attend. And maybe more than 500 people came to Bolsena during the three days of the festival, not counting the tourists that stopped by out of curiosity.

The cost of all this? Not more then 15/20 euro per person — for the insurance and the workshops — and then discounts in cafes, restaurants, camping sites, hostels and hotels.

What more can one wish for than to walk the streets hearing passers by speaking of Sepp Holzer, or rocket mass heaters, or discussing cob and nitrogen fixers. The outcome of all this? Relations have developed, a network is becoming reality and the whole movement will benefit.

Next year we’ll see if the polyculture we seeded this year will have grown stronger and will give an even better yield. 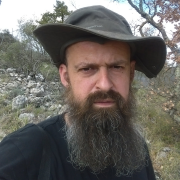