This entry is about cows and pigs. But before we get down and dirty let’s start with some basic facts about humans’ and pigs’ nutrition to make sure we’re on the same page.

What does it take to fatten pigs efficiency?

It is said that all animals need proteins to be fattened efficient. Is it really true? Not entirely — in fact all we really need is a substance which proteins are made of: amino acids. Some of which the body can ‘produce’ on its own. These ‘self-made’ substances are called non-essential amino acids and they are synthesized mainly from carbohydrates and other amino acids.

And those amino acids that humans and pigs cannot produce themselves are called essential amino acids.

Here’s where it gets interesting — if we don’t provide our bodies with sufficient amounts of essential amino acids, over time this will lead to amino acid deficiency and that can result in:

But in rich countries you should not be afraid of an amino acid deficiency — unless you’re on a very strict diet where either quality or quantity of essential amino acids doesn’t meet one’s daily requirements or if a particular person has some digestive or health related problems.

The same rules apply both to humans and pigs, with which we have a lot in common, especially when it comes to digestion. But it may be a little bit more difficult to notice this since the life span of a pig is much shorter than ours (domesticated pigs can live up to 15-20 years, and wild pigs 4-8 years), so the deficiency and its consequences are not so easily recognizable. For example: What if the speed of fattening or speed of growth shows that a pig has nutritional deficiencies? At the end of the day feed conversion ratio (a simple measure of an animal’s efficiency in converting feed mass into increased body mass) is just an indicator of how much food it takes for the pig to grow, not necessarily for them to be healthy. The animal industry has a long track record of using substances that enhance an animal’s growth, but are not particular healthy for the animals or the people who may ultimately eat them. Think of subtherapeutic use of antibiotics….

Studies show that a shortage of even just one essential amino acid in pigs’ feed will cause them to convert it into lard (pork fat) instead of producing structural protein (meat). Of course there’s nothing wrong with that as long we are raising pigs just for our own needs — pork lard from pasture-, orchard- or forest-raised pigs was traditionally used by our ancestors here in Poland for centuries. But if you have a business to run, then fat pigs is not what you’re looking for….

First of all the meatiness ratio (how much meat a pig embodies) is dropping, and most consumers prefer lean pork. E.g. example 1 pound of lard cost about 0, 5 – 1, 5 PLN and 1 pound of meat cost around 5-7PLN in Poland. So that means pork-breeders get paid less for fat pigs.

Secondly, protein is the most expensive ingredient in pigs’ feeding formula (assuming you have to buy it from an outside source).

And last but not least — it takes more calories of pig feed for the pig to create fat than to create protein (9 kcal for 1g of fat and just 4 kcal to create 1g of protein)!

So pig breeders will lose x3 if they sell fat pigs.

All the amino acids are needed at the same time — if even one is missing; the proteins from food will not be used efficiently. Old textbooks on biology, nutrition and animal husbandry differentiate complete protein (animal) and not complete (plant). The amino acids, just like a wooden barrel holding water, can have 99% efficiency, but even if one tight plank is missing, then the barrel fails. And back to barrels…. Water can be stored only to the level of the lowest hole in that barrel. It does not matter that the barrel has a capacity of 500 l (providing large amounts of protein pig feed) but what counts is how high the lowest hole in that barrel is (the essential amino acid lacking in pig’s diet).

If we want to raise pigs on pasture, usually we should watch for those amino acids that are the limiting factor for pigs’ growth (because of their lack of pasture sward). These are: lysine, methionine, threonine and tryptophan. Theoretically one could supplement pigs’ feed with rapeseed meal or soybeans, but considering that most of those plants are genetically modified, and they are usually cultivated in a really unsustainable way, it’s better to find other source of essential amino acids.

The cow — a valuable potential source of feed for pigs

What do all these arguments about essential amino and pigs have to do with a simple cow?

Cows are excellent for supplying very large quantities of missing essential (and not so essential) amino acids for pigs, as well as a little easily digestible calories.

Pigs for cured parma ham are raised on pasture; they also get whey — a byproduct from producing cheese — and sweet chestnuts. Such a ‘feed formula’ provides pigs with all the essential amino acids they need and also makes pork taste sweet. Is the permaculture principle “produce no waste” met here? I’m sure it is!

Perhaps readers can begin to see the picture, for how to sustainably raise cows and pigs together: The cow gives milk, from which the milker makes butter and cheese. Remnants of the production (buttermilk and whey) can be given to pigs to eat. This is a wholesome feed — and as you can see, there’s no longer the need for the soybeans (GMO or otherwise).

One cow can deliver more than 100 pounds of pig feed!

Despite appearances, milk, buttermilk and whey are not the only food for pigs which cattle can provide. Another potential source of food for the omnivore swine is… cow manure.

What happens to plants that a cow swallows?

Interesting things happen with plants digested by cows. First of all you need to know that, for a cow, plants are not the direct source of food — to increase the nutritional value of their feed cows are using a middle man: bacteria. Cows are chewing the plant to increase the surface area of the plant on which bacteria can act (aren’t cows "increasing the edge?"). These bacteria digest plant food and then they multiply. After they multiply, the pre-digested plant food with all bacteria moves to the next stomach (they have four!). A cow (or rather a farmer who feeds it), in contrast to the pig, does not need to worry about the quality or quantity of essential amino acids they receive. It’s enough that the cow will get an appropriate amount of protein, fiber and carbohydrates. Even better, the cow does not even have to consume large amounts of proteins because the bacteria in their stomachs are able to convert urea into proteins (nitrogen source for bacteria to produce a protein). There are known cases in which a large part of the cows’ diet was sawdust, urea (nitrogen source for the synthesis of proteins by bacteria), and cow-lick made of molasses and micronutrients.

Why can a cow eat food which doesn’t contain all the essential amino acids?

Why cow manure may be feed for pigs

Pigs are omnivores. Nature has given them the task of “environmental cleaners”. Apart from the fact that they eat plants and animals, they also eat droppings of other animals, with great pleasure. Cow manure is composed in a large part from the undigested parts of plants, and bacteria. And, as mentioned earlier, manure contains all the essential amino acids. They may therefore be a valuable "concentrate feed" for pigs. In addition, if cows are fed grains, part of the grain passes through cows not fully digested. Under normal conditions, this type of product would be wasted.

The benefits of cow manure in pig nutrition

The first and fairly obvious benefit is the use of cow dung as an energy source for pigs. The second is the previously mentioned protein and essential amino acids. The third benefit of feeding pigs with cow manure is providing them with micronutrients and vitamins, especially from the vitamin B group (including B12).

What percentage of a cow’s manure could a pig’s diet comprise?

The FAO (UN agency dealing with food and agriculture) has published data on the experiment conducted in Mauritius in 1976 in which pigs were fed 40% cow feces , 40% molasses and 20% commercial compound feed. Pigs on this regime did grow more slowly than in the control group, but the breeders achieved good economic results due to the low prices of such mixtures.

Depending on several factors, one cow can provide food in the form of manure for 3, and up to 17 pigs.

How to integrate the possibility that pigs can be fed cow manure into Permaculture design?

If we want to raise pigs and cows the permaculture way you could follow these suggestions.

On the first day the pasture is grazed by cows. On the second day they move to a new pasture cell, and pigs move into where the cows were yesterday. They will eat cows’ manure, roots and part of the pasture sward. The third day the pigs are moved to where the cows were at day two and chickens are moved to where yesterday’s pigs were — they will eat a large part of the parasites found in pig feces. In addition, they will scratch the manure, spreading it and accelerating its incorporation into the soil, along with all its nutrients.

This way the pasture is used in a “Holistic Management” way, so the land will not be overgrazed and the amount of weeds will be lessened. Same pasture can be actually a silvopasture-based system in which walnuts, chestnuts, fruit and other fodder trees are also being grown. This agroforestry system should be protected from winds by windbreaks.

Can pigs be fattened in this way without purchasing commercial feed?

At the moment it is difficult for me to say whether the above-mentioned pasture, cow manure and whey are able to provide full nutrition for pigs. I am inclined to believe that adding walnuts and chestnuts to their diet, pigs will grow well and we will enjoy knowing for a fact what our animals eat.

Can pigs be fed with the feces of other herbivores?

Yes, pigs can be fed feces of other herbivore animals such as horses, goats, rabbits…. A very good source of food for pigs is horse manure — because horses digest less efficiently than cows, so "horse apples" contain more seeds, etc., that means they contain more calories.

I would like to know your experience with feeding pigs with manure. 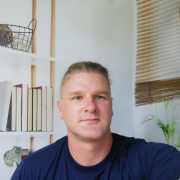