In a garden which can freeze solid down to the bedrock for three months a year, Stephen Barstow supplies himself with a wide selection of fresh vegetables throughout the year. Over 2000 edible plants are found in his unique garden.

Many consider the Norwegian climate to be a challenge for growing food with its long, snow-rich winters, but Stephen finds his location in Malvik to be an advantage.

It can get as cold as -23°C in the winter, but the summer is never too hot for working outside. When I hear about people who can’t work in their garden much from June to August because it is too hot, I think I am lucky to garden here, he says.

He can even garden at night if he wants, as it doesn’t get properly dark for three months in summer. Udo (Aralia cordata) is Stephen’s biggest yielding vegetable and totally hardy. The shoots
can be used in tempura or peeled and used raw in a salad dressed with sesame oil,
roasted sesame seeds and soya sauce… delicious!

What I have done here is a kind of reaction against the people who said it was too cold to grow many vegetables here. For the plants, it is perfect! It’s never too warm and rarely too dry. However, you have to be willing to think outside the box and choose the right species.

He first started out with mostly annuals, but experiencing the advantages of perennials made him switch to mostly perennial types.

They start growing early in the spring utilising the available solar energy to the full as their roots are already fully developed. There’s never a shortage of water in spring, and in my garden the spring-harvested veggies are never damaged by insects or fungi. On the other hand, the annuals don’t really start getting to any size until after midsummer when pests also start to multiply.

He even invented a new word for edibles that he finds particularly beautiful: edimentals.

There is no reason not to choose perennials if what you want is a beautiful garden, he says and shows me a tiger lily, which indeed is pleasing to the eye. I started growing veggies in Norway because I couldn’t find enough vegetables in the store.

As a vegetarian, choosing from what was offered in the local supermarket was less than tempting. So Stephen started growing for his own use — a necessity that has since developed into an unparalleled adventure. His garden of 2.3 decares now has over 2000 different edibles, many of which ‘should’ not be able to survive in these conditions. But they don’t just survive, they thrive! His garden is an oasis to walk around. On a stroll around its gravelled paths, your taste buds are treated with many taste sensations from liquorice from anis, the slightly sour taste of red garden orach (Atriplex hortensis) and the mild, friendly taste of hablitzia tamnoides. There are roots from the Andes and Udo from Japan, to name a few. He has a bit of space for a lawn, with two chairs and a table to relax and enjoy the view. But when asked if he ever uses them for relaxation, he confirms: the table’s great for pricking on! Even relaxation is vegetable related in this garden.

Stephen normally has dinner with about 20 different vegetables ready, 30 minutes after going into the garden to forage.

It would take me longer to go to the shop to buy food, he claims.

Some of the greens he eats raw, others cooked or steamed, stir-fried or as tempura. Variation is the key here.

80 a day keeps the doctor away, he says laughingly but with a serious undertone.

I don’t worry about which vitamins a plant contains, it’s not relevant because it evens itself out over time if one has a large mix of different vegetables. People used to know this.

For instance, he has discovered various traditional Mediterranean dishes with 50 and more wild and cultivated plants in stews, soups, pizzas and salads. That inspired him to include many species in his salads, and he now holds the world record in vegetable diversity in a single bowl of salad, having made one with 538 varieties in 2003. Decorated with flowers, his salads are a pleasant sight, too.

If you eat a variety of plants you can forget about taking vitamin pills. I really think people would be healthier with a varied seasonal diet containing real food. I even think we’d be healthier here [he says pointing to his head]. We can always look forward to a new vegetable coming into season, the edible garden has a seasonal rhythm, something that supermarket people are losing as they can always buy asparagus, transported from distant fields. And working in the garden is enjoyable work. It also keeps me in shape.

And we can take his word for it. At the age of 59 he uses his bike to and from work, a 45 minutes ride each way. In addition to his full time job and maintaining the garden, he also currently runs the Norwegian Seed Savers, which has gotten a lot of new members lately.

Even though few understood what he was up to when he started his garden in 1983, many have caught on during the last few years. With the growing interest in permaculture, Stephen now frequently gets invited to speak and teach, and spent half of spring 2014 being away from his beloved plants.

Being perennial, they didn’t mind, he explains. I really don’t spend much energy on them. I don’t water them. They get some fertilizer from composted seaweed from time to time, but mostly they take care of themselves. After the establishment phase, they just get on with it. I could never leave a garden of annuals to itself like this, he says.

His work in the garden is often done in intensive periods, like a weeding weekend. I never planned on becoming self-sufficient, but gradually it dawned on me that it would be easy to do.

He doesn’t preserve his vegetables by fermentation or drying and doesn’t use a freezer, but keeps many plants alive and growing inside over winter. He carries some pots with plants into his cool cellar, where they "go to sleep" until the temperature rises above 5°C in March. In early spring some pots with perennial and annual roots are taken upstairs into the light in his house, for an early start. He’s also got big wooden boxes filled with soil on his cellar floor, where kale, swiss chard and chicories grow over the winter. Winter is also a time for sprouting buckwheat, cress, garlic bulbils and peas in buckets full of soil. In winter it’s filled with trays of perennial vegetable seed
which require cold treatment to germinate.

These are not difficult techniques with expensive equipment, anyone can do this, he says.

When asked to pick a favourite among his plants, he hesitates.

My favourite is the diversity, he says after pausing to think.

You can’t ask a father to choose between his kids, can you?

Exactly! But really, what I love is the variation. I don’t think it’s wise to be so heavily dependent upon the few species that are grown by industrial agriculture. Soon, his first book on vegetables
is due to be released. Here, he takes the reader on a journey around the world with his top 80 perennial leafy green vegetables, telling their stories and his own experiences from growing them in Malvik.

But my best advice to people wanting to grow perennials is not necessarily to listen to me, but to try things out for themselves. If I had listened to what some people said, I would never have grown Udo (Aralia cordata) here in H4, because it was said to need H2. But now it’s my most productive vegetable growing three metres tall in a few spring weeks with thirty 1 metre long spring shoots to harvest annually. A lot of what I am doing here should not be possible. Stephen has a particular fondness for alliums, here he’s alongside Allium scorodoprasum. 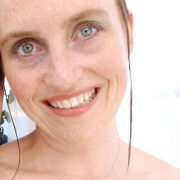