When Geoff Lawton told me that he had discovered a novel way to use goats to design his food forest, it seemed a most unlikely idea. In fact I was a little skeptical. Were the goats replacing the work of his interns? Did he manage to train his goats to work with axes and cut down trees? This was something I’d like to see.

“No, nothing like that.” explained Geoff, who had worked in the Middle East for many years and had seen, first hand, the rampancy of goats unleashed on the landscape. Their ability to eat grass and shrub and young saplings right down to the “bones of the earth” was legendary. He first explained their menace in the “Greening the Desert” video that we made way back in 2001. Goats seemed like a most invasive animal when packed into large herds, and they can also do a lot of damage if let loose and uncontrolled — especially in a new swale system or fledgling food forest as Geoff experienced first hand.

So what was the magic formula Geoff discovered?

In typical Permaculture speak, Geoff explained in detail that the problem is always the solution. He analyzed what goats like to do — eat pasture grass and forage off trees and shrubs. He had a lot of weed trees on his 60 acre farm and it was a lot of work to clear these invasive trees by hand. Could there be a better way to work these animals into the mix?

How could the natural instincts of goats be used for the benefit of the farmer?

Geoff looked at his chicken tractor and the fifty Australorp birds scratching away at the earth near his main crop and he looked back at the goats standing up on their rear haunches ripping the leaves off weed trees. There was a connection here, but what it was, wasn’t immediately made apparent.

He needed to set up a controlled experiment with the animals inside an electric fence and mark out the perimeter in a square of 50 meter lengths, forming a square test site of 2,500 square meters.

This was ample room to test his ideas — to enable the goat experiment to reach its logical conclusion. It was an experiment after all, but would it work? There was a wild mix of lantana, privet and camphor laurel that smothers any productive tree on his farm, so Geoff included a controlled percentage of this thicket for the goats to munch on.

An idea was beginning to hatch.

In typical Geoff Lawton style, it wasn’t enough that the goats cleared out unwanted scrub for his food forest. He needed an additional benefit or surplus from these creatures.

Something else was needed. He needed to turn that timber they stripped from those spindly weed trees into an asset. Something that would fit into his rocket stove mass water heater.

Short of employing the goats to cut his timber into small sections, he would need to do some of the labour himself.

But the goats would provide the energy, the alchemy and a willing desire to transform and clear this laboratory of unwanted weed trees into a productive food forest. Not instantly – but in a staged event that transforms the landscape over the season, naturally.

The result was a permaculture design that supplied his rocket stove with a massive amount of perfect sized timber. He got plenty of hot water and months of free energy, courtesy of the goats doing what they love to do. As Geoff says confidently, “We’re over supplied with resources all around us. The reason we don’t recognize those resources is that we don’t understand how to design them to our favour. We don’t know how to design the animals to the plants, to the energy systems.”

“Those are the connections you learn in a Permaculture Design Certificate Course.”

So what’s the answer? How did Geoff Lawton use goats to tear down a forest of weed trees and turn them into fuel with goats? What did Geoff do to enable all this to happen?

Well, put your thinking caps on. The answer is a “D’uh” moment.

Are We Using Invasive Species? (Kyrgyzstan) 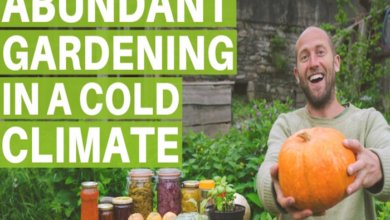