Starting in early 2014, organizers with the East Feast Coalition of Austin, Texas, USA, and cooperating community members, plan to begin planting the trees, shrubs and smaller plants that will reshape one East Austin park into a food forest. In doing so, they will join other communities around the US that are also reclaiming community spaces with the beneficial productivity of food forests.

When asked about the value of a food forest to the Austin community, Theron Beaudreau, a local permaculture designer involved in the project, said, “The most effective way to break down any social or cultural boundary is through food… In order to truly dissolve the sense of separation and otherness we must participate together at all levels of food production, harvest, appreciation and celebration. Creating public spaces where food is grown and shared for all of the community is, therefore, more valuable than it may at first appear. Integrate systems that increase fertility, health and stability of the native ecology and you have a recipe for a new paradigm — one of inconceivable abundance."

Food Forests as a part of the public park and public space landscape are on the rise in several major cities and at least one university campus across the USA. While it’s common knowledge that the popularity of community gardens and other small-scale food production systems has exploded in recent years, possibly due to the high cost of the wildly popular organic and whole foods, the longer time frame and community involvement needed to establish a food forest implies that the permaculture movement is gaining more mainstream traction every day. Since 2010, a student organization, WILD Wes, at Wesleyan University in Middletown, Connecticut has been working to reclaim energy intensive and fossil fuel-maintained green spaces around their campus and replace them with labor neutral and productive food forests using permaculture principles. The spring of 2013 marked their flourishing success with green, productive new growth on their first ¾ acre site and plans to expand their system to more areas around the campus. Founded by students, this organization achieved buy-in from the administration, the faculty maintenance staff, and the student body, including grant funding from a student-led Green Initiative, in order to make this transformation a reality.

Meanwhile, far from the young and experimental college environment, a small group from the community of Helena, Montana has appealed to their local government and residents living near Helena’s 6th Ward Park to revitalize the park. They plan to install an edible forest garden intermingled with community garden plots. The group includes members from the Helena Parks and Recreation Department and the executive director of Helena Food Share, among others. Still in its early stages, this food forest project has garnered support from the public and nonprofit sectors in addition to the private citizens that are stakeholders from the surrounding neighborhood. This kind of buy-in and cooperation hints at growing public acceptance of and support for the idea that public spaces should be sources of healthy foods and biological diversity rather than outdated luxuries that drain the local budget.

The city of Seattle, Washington has already rallied around their food forest project to dot every “i” and cross every “t” on the permits necessary to get their Beacon Food Forest (see also) under way with the funds and public support to plant the first 1.75 acre test plot of the seven total acres allotted for the forest. Conceived in 2009, the Beacon Food Forest is a powerful example of the change that can be made within the heart of even a very large metropolitan area with enough dedication and public support.

Another relevant example of growing support for the use of public spaces for productive and beneficial plant cultivation is the Maine Legislature’s passing of a bill with a 2/3rds majority to convert a portion of its Capitol Park to edible landscaping. Co-sponsors of the bill, Rep. Brian Jones and Rep. Craig Hickman, cited community building and opportunities to educate children visiting the capitol about local agriculture as reasons for passing the bill. Also, to highlight the common sense reasoning behind edible landscaping, it was pointed out by Rep. Hickman that a productive and edible landscape would require little to no additional work or resources to implement.

Unlike the many examples of permaculture design principles beautifully applied to convert desolate rural properties or hidden urban niches into lush gardens of Eden, these food forests are in full public view and on public land. The backyard utopias can be built with the dedication and cooperation of only one or a few individuals, while a food forest on public land demands much broader accord and collaboration. The number of successful food forest projects across such a wide variety of communities in the US could be the first signs of a badly-needed sea change in public opinion about what is really healthy for local and national communities. 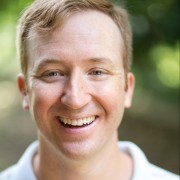 Permaculture in the Bahamas