In medieval latin “capital” appears to have denoted head of cattle or other livestock which has always been important sources of wealth beyond the basic meat that they provide. Livestock are low maintenance possessions. They are mobile and can be moved away from danger. They are also easy to count and measure. But most important, from livestock you can obtain additional wealth, of surplus value, by setting in motion other industries including milk, hides, wool, meat and fuel. Livestock also have the useful attribute of being able to reproduce themselves. Thus the term capital begins to do two jobs. Simultaneously capturing the physical dimension of assets (livestock) as well as their potential to generate surplus value.

What a wonderful way to put so abstract a concept. That’s from Peruvian social scientist Hernando DeSoto’s brilliant book, The Mystery of Capital.

Let’s be Ubercapitalist and see everything in terms of capital.

Life is like capital. In nature all living organisms are able to make use of raw materials to transform them into useful energy and functions.

Living things make surplus value out of materials and other life in a continuous ongoing process. Grass grows from the soil, the sun, and the rain. Cows eat grass and feed themselves and produce milk for their young. We make and consume dairy products and meat products. Bacteria live in our guts and make use of our waste products.

We need to understand that the nature of capital has a continuity that encompasses our human existence but goes beyond it to take in a larger circle. Life itself maintains and thrives by taking in raw materials and processing them into food and structural materials.

One of the commonalities of life processes and capital is ability to generate new things: descendants in the case of life, and income flows, in the case of humans.

But why stop at the living world — why not consider the solar system? It starts out as a cloud of hydrogen and bits of flotsam and jetsam from a previous supernova. It then coalesces by the force of gravity into one big solar furnace called the sun; and the planets circling around the sun, so much smaller than the sun, were made from accretions of asteroid and comet bergy bits, created by gravity and sheer impact.

The sun: surplus value, a lot more useful energy than a cloud of hydrogen molecules. And the planets: the existence of life, human society, and property could not exist without them.

Why stop at the solar system? What about the universe? Big bang gives birth to the Universe – talk about surplus value: everything from nothing.

Is it magic? Of course in nature, only humans agree to divide land and things into property and have this property available to exchange for sums of money. Remember those qualities of cattle that de Soto talked about: the cattle were countable, movable, exchangable, and they gave surplus value. This is what drives human economics.

But not just ideas. It’s our mind’s ability to convert space and time into equal units and then to manipulate those units by adding, dividing and multiplying them into forms and objects of wondrous variety. These objects do not exist in reality as some ideal forms, they are created and maintained by the collective acts of humans from all around the world.

What humans can do that the rest of nature cannot is to use collective agreement to create a system of property rights that propels capital forward.

Like mathematics, our economy exists and grows by virtue of collective agreements between humans to abstract out of reality certain features that allow for countability, transformability, and lower transaction costs. This is the role of property in most places where people make exchanges, but most dramatically in our modern economic system of global capitalism.

Suppose we organize a system of exchange where anyone can buy or sell units of property. But how do we organize this market? First we have to define a unit of account that will be used to measure the value of each property. The property will have been surveyed as to its location and dimensions, or identified through description or serial number if it is an object.

In order to make such units of account, descriptions, official surveys, etc. recognizable and acceptable there needs to be a legal system that describes property in a systematic way, and handles disputes between property-rights holders. In order for this system to work there must be a government and the institutions of courts, schools, some sort of technology such as print, electronic files, etc.. that records transactions.

Also, in order for the system to work the government needs adequate force and authority. If marauding Vikings can plunder and pillage towns along the coast with impunity then communities lack an effective central government.

Perhaps even more importantly there needs to be adequate trust within and between groups of people. All agreements require trust. Without trust commerce and trade diminish severely.

The inculcation of trust requires complex social coordination that is enabled by the raising and schooling of children, and the passing on of recognizable customs, procedures, cultural habits and expectations from generation to generation.

Trust also depends on perceived fairness in society. The more inequality in a society, the more perceived unfairness, and the more likely that generalized trust in government, institutions, and other people will break down.

Social coordination and cooperation are at the beginnings and end of the story of capital and the real source of surplus value. Capital is really social capital. Surplus value comes from the human ability to cooperate and make lasting agreements.

If we don’t begin to understand both human nature and social capital we will vastly accelerate our downfall. By coming to understand this we can build economic systems from the ground up to be fair and sustainable. 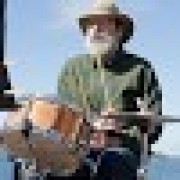 How Non-GM Cassava Can Help Feed the World