They’re a staple in stews, a flavor in fried foods, and that ‘sting’ in salads. The sharp, savory taste and juicy crunch give them versatility in the kitchen cooked and uncooked — but they really deserve a place in your permaculture medicine cabinet.

I’d never have believed it either, but one day, in the agony of an ear infection, I read that an onion sliver could help quell the infection and calm the pain. My ear ached so badly I would have tried almost anything short of shooting the Queen of England, so I heated a tiny onion ring and slipped it into my ear for a while. We had some extremely potent, weep-your-eyes-out young yellow onions; I could actually feel the fumes moving around in my ear. Ear pain like that usually continues for days for me, but repeated applications of onion cleared everything up within about half a day. It helped that my infection had just started, but still, the results aroused curiosity. Does the onion really have antibiotic effects, or did the potent fumes just clear up a painful pressure inside my ear? More importantly, can you lasso the power of this plant to heal you, too?

If the onion had antibiotic effects in my ear, it’s for the same reason that the onion hurts me when I dare cut into it. Chemists tell us that breaking the onion’s cells mixes enzymes normally separated by cell walls. Those enzymes break down sulfenic acids in the onion’s cytoplasm — cell goop — and make propanethiol S-oxide, a very highly reactive gas that forms sulfuric acid when it dissolves in the liquid in your eyes. In high concentrations, sulfuric acid is a strong compound that we use for industrial applications; it’s a component of environmentally harmful acid rain, extremely reactive with water or alcohol, and corrosive enough to burn through aluminum, copper, stainless steel, and skin. That’s right: the onion essentially forces burning poison into the chef’s eyes. When this acid forms in the liquid in my ear, the bacteria must become uncomfortable. Nobody likes to live in a bath of sulfuric acid.

Crazy theory? It’s not just me. One study found that purple and yellow onion extracts killed and kept cholera bacteria from growing in petri dishes — onions may have a similar effect on wounds or in the human body. Another study released in the Journal of Medical Chemistry in 2012 found that yellow onion extracts showed significant antibacterial activity against gram positive bacteria, Staphylococcus aureus ATCC 25923 (strep throat) and Bacillus subtilis (a generally harmless bacteria normally present in soil and the human body). That means onion extracts may kill the bacteria that causes strep throat. Onions also contain chemicals made from the antioxidant and antibacterial agent quercetin, which means they can harm MRSA, a bacteria that causes skin disease, and H. Pylori, a bacteria that causes stomach ulcers. Unfortunately, common food-poisoning offender Escherichia coli resisted the onions — but other spices, like olive oil, lemongrass, and apple skin can help inactivate that microbe.

The American study that investigated those other spices also found something even more astonishing about onions: adding onion powder to cooking meat decreased formation of the carcinogen PhIP by 94.3%. Cooking’s a bit of a catch-22, because we have to cook our food to kill bacteria, but the more we cook it, the more we create cancer-causing chemicals in our foods. When onions stop PhIP from forming in your food, they stop this process — but they also offer anti-cancer benefits once inside the body. Researchers have called onion extract "an anticancer substance of high value" because of onion extract’s ability to keep cancerous cells from proliferating or growing out of control, and because phenols and flavonoids in the onion act as antioxidants to neutralize harmful free radicals.

Now, like grapefruit and other special foods, onions may interact with medications. Sometimes that’s a good thing: Zwiebelane A, another organosulfur chemical in onions, enhances the fungus-killing activity of popular eye-drop polymyxin B. If you’re allergic to onions, however, WebMD claims a reaction with aspirin could make the allergies worse. A 2011 study found that onion peel extract seemed to reduce diabetes in obese rats: if onions have the same anti-diabetic effect in humans, they may amplify the effects of diabetic medications like glimepiride and Actos.

What’s the best way to harness this little orb of goodness as an at-home remedy? It depends on what you want. Chilling or heating the onions makes them easier to cut without crying: extreme temperatures inactivate the enzymes that make that nasty vapor. If you want to use that vapor to harm bacteria, though, avoiding the tears might not be the best option. Onions also contain a lot of vitamin C, a well-known immune-system-booster, and any kind of heating will destroy that — C is a very weak, water-soluble chemical. On the other hand, it’s generally believed that the heat provides the pain relief for ear infections — try just heating the onion slightly to compromise between the two effects. Remember never to stick anything smaller than your elbow inside your ear; just place the onion at the opening. You may also want to try putting a clean onion salve or paste over an infected wound or MRSA, or drinking an onion tea or soup to help ease that strep throat or stomach ulcer. Even when there’s nothing wrong with you, include onions in your cooked meats to maximize those anti-cancer effects: an onion a day might keep the kisses away, but the health benefits make them well worth it. 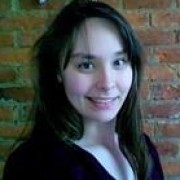 February 22, 2021
PRI Newsletter
Get the latest permaculture news stories straight in your inbox