What is WWOOFing? (Willing Workers On Organic Farms)

The WWOOF program is a program that has been very beneficial to me. Even today, here in Sweden, permaculture is very much in its infancy. In 2008, when I started a permaculture center here, it was very hard to even find a PDC course in the country. The one I did find was in southern Sweden and over 700km away (it was cancelled for lack of interest). What I am trying to say is there was, and still is to some extent, little interest in, or knowledge of, permaculture, so finding local people interested in helping develop a permaculture center has been very difficult. The idea for the “property” has always been some kind of learning center with nature based learning as an integral part. The summers of 2006 and 2007 were spent getting the existing cabin shell finished and planting/maintaining a small organic garden. I had thought of building five or six small cabins for guests to stay in, weather it be people coming to learn or just to stay on our unique site directly on Lake Siljan. I even spent nine months in 2006 learning the local log cabin building style (a full time course). The idea was that I could do most of the work on the cabins myself, and hopefully/maybe find some help. But being only one person, and only having about 3 – 4 months of non-snow/cold season to work in, left me realizing that it would take me forever to do this project myself. Paying carpenters or other workers $20 plus per hour was not on option. Learning more about Swedish zoning laws had me pulling my hair out. It was going to be almost impossible to have “living space” cabins on my property. But it is zoned agricultural so building “barns” or non living spaces is ok and I would not even need permission to do so. Being medical retired gives me lots of free time. I call winter – My Time in The Tipi – where I can do household repairs, study, brew beer and make soap and do all those “inside” things. I had first heard of permaculture in 1996 but it was not until I had these setbacks in my plans that I decided to add permaculture as the central theme to the project and to the property. It’s interesting that since then I’ve heard Bill Mollison and Geoff Lawton speak of limitations being good, as it opens new possibilities. This was certainly the case for me! My education in permaculture began that year (late 2008) with watching YouTube videos, reading what I could find on the Internet and of course by reading lots of books. Since the cabin was now livable (since 2007) I was able to spend the summers living and working on the property and its projects. This gave me hands-on learning experience with permaculture. But I was still alone and wanted help. In 2008 I tried to get volunteers directly through my website. I got one man, Bernardo from Portugal, to come for the month of July that summer of 2008. We traded his teaching us how to work with hand tools and how to build with my teaching him native tracking and wilderness survival skills. Then, somehow in spring of 2009, I heard of the WWOOF program and was able to get four or five WWOOF volunteers that summer. The next year – 2010 – I had over 25 WWOOF volunteers. 2011 had fewer volunteers but a more personal experience. This was true for 2012 as well – although I had a French Scout troop (12 or so including leaders) come and stay (and work a little bit) for one week during the summer. Having WWOOFers has been a special experience for me. Many were self-motivated and easy to work with, others were more of a challenge to work with and motivate. I have had many personal challenges, such as “having” to learn to manage people instead of “just doing it myself”. By this I mean sometimes I’d have 6 people around me asking questions, while I was trying to do something myself. This showed me I had to learn better communication skills, which I am still learning to this day. There are other challenges such as feeding / housing the volunteers. But I am eternally grateful to them all, as it would have taken me many, many more years to do the work alone. What has been accomplished with these WWOOFers is to me, almost unbelievable. As people say – if I had it to do it again – I would most certainly would! 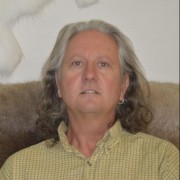 'The Biggest Estate on Earth'