Rehabilitating degraded land in the Peruvian Amazon requires utilizing many tools in ecological agriculture’s arsenal. We use a mix of sea kelp, calcium solutions, organic fertilizers, and rock phosphate to add nutrients to our sacha inchi and mocambo polycultures.

One fertilizing solution we were without on the farm when I arrived was the mighty worm bin.* Vermiculture, or vermicompost, is a low-tech, organic method of using the digestive capacity of redworms (Eisenia fetida) to recycle animal and kitchen wastes into solid and/or liquid organic fertilizers. The worms may also be used as a high-protein feed for poultry. Some enterprising farmers also get into the business of selling the worms, castings and/or teas. There are many great links on the internet sharing different methods for housing worms, feeding them, and collecting their valuable excrement (see also: ECHO Vermicompost PDF and wikiHow). Milkwood Permaculture in Australia has some really cool designs like worm towers in garden beds for constant, direct access. Other systems link the worm tea spigot to their irrigation system for instant injection.

A great thing about using vermiculture fertilizers, besides its organic nature, is that plants can handle fairly heavy dilutions of the teas without many ill effects. You are also helping to maintain the life-death cycle by returning wastes to the land effectively and beneficially. Besides wanting to expand our fertilizer options and minimize costs, I was also getting tired of Rider’s chickens not having a designated space to roost for the night. They would choose tool handles, walls of the house, boxes, or shelves and subsequently crap all night long leaving piles of very useful nitrogen and phosphorous rich excrement in all the wrong places. Not wanting it to go to waste, I’d spend the energy scooping and placing it in the compost bucket. Being a permaculturalist, I knew I could turn this nuisance and energy waste into gold.

In Bill Mollison’s Permaculture: A Designers’ Manual, he mentions a hen-house placed over a swale** with a mesh floor so that the scat can fall into the swale and provide fertilizer for the soil life and plants nearby. I figured, why not do the same, but let them poop into a worm bin! Now unsanitary conditions, and wasted fertilizer, could all be redirected into the system without daily human energy. Yes, we now need to feed the worms, but the costs are surpassed by the yields.

Note: This bin was site and function specific. Think about what functions you want to accomplish with your bin. How much food will you be producing? What inputs can you use to feed it? Read the links cited above, doodle, and measure out potential sites. For our partner farms we need volumes of fertilizer, so we went big and will continue to expand with more bins. I built the worm bin fairly large. It’s about 1.3m wide by 2m long by 0.5m tall. It can hold about twenty heavy bags of fresh cow manure plus an ample covering of kitchen scraps and sawdust. To protect the worms, 1" metal mesh was nailed to a wooden frame covering the entirety of the box to prevent the chickens from eating their wormy neighbors below. The frame is removable to extract castings and add fresh food or water. The calamina (sheet metal), on the inside bottom of the bin, is built with a slant toward one end for any liquids to drain out and be captured. Water is manually added to the bin since it’s not outdoors; worms do not like dry bedding. A slanted, folded piece of calamina is added to the exit to catch the liquid and act as a gutter. This leads to a 5-gallon bucket where we collect the very useful and precious liquid fertilizer produced (a.k.a. worm tea).*** The whole box is placed on six trunks sunk into the dirt floor with a slight slant to ensure proper drainage. Above the bin I placed three wooden roosting poles for the birds. At first, it took a few days to get our feathered ladies to realize that they had their own designated sleeping space, but eventually they got the message and now they all roost there comfortably. The next step was to fill the bin with bedding. I visited our neighboring ganadero (cow farmer) and shoveled as many cow patties as I could find into sacks and transported them back to the farm. I had a hilarious time because three kids joined me in the effort. They were grabbing patties, sometimes very fresh ones, with their bare hands and making poop jokes, all in Spanish. I filled the worm bin with the bedding of excrement and samples of soil collected from a variety of habitat locations. Only one thing was lacking: the worms. Since our old bin was vandalized by a creature of the night*, I had to search for worms on the farm myself to jumpstart our little colony.

While digging a swale near the fish pond I noticed that the top soil had a variety of worm species and eggs, especially in the shaded eastern and southern areas of trees. I collected them as I dug and added them to the bin when finished. Another concurrent project at the time was digging a desagua (water drain) for the farm kitchen. The prior method was to wash and dump greywater directly onto the ground outside the house, creating a gross, fetid, nutrient rich stew which didn’t smell or look good, but, it did create more humidity in the surrounding soil that drew worms to the area. I was very happy to get two tasks done with one project: 1) redirect greywater to a small drainage ditch to be surrounded by plantains, and 2) add worms to our team effort. On top of our new friends’ bedding, I added a layer of organic wastes from the kitchen and from a few juguerias (juice stands) here in Mazán. Worms enjoy and consume most organic wastes, but don’t like citrus peels, hot peppers, and other strong smelling/tasting foods. Crushed eggshells, coffee grounds and foods like banana skins that decompose into a slimy mess are great worm fodder. Worms double their population roughly every 40-50 days, depending on food source, heat, stress, etc. They are light sensitive so a covering of dry organic material is a nice ‘blanket’ for them. If you’re not capturing bird droppings or other inputs, an actual old blanket functions as a great cover. After building our first bin, I found some things I’d do differently in the next design:

I’m posting some drawings of bin designs based on the style we constructed on the farm. These are free for everyone to use and improve so feel free to share and let us know how it goes! * We did have a worm bin with lots of red-worms out on the farm as part of our farm-site nursery, but a tropical anteater was able to get in and wreak havoc on our defenseless little wigglers.

*** When using galvanized sheet metal, zinc can leach out from the corrosion and concentrate in the liquid fertilizer. It’s a poison to most plants when concentrated, which is why I like to use old calamina sheets to reduce the potential for zinc accumulation in our soils. 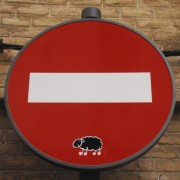 It's the Equinox! Do you Know Where your Sun is?

Working With What You’ve Got: How Losing My Vision Gave Me Perspective