Clearing the entrance with the help of friends (April 2011)

La Cuccagna emerged in March last year, here in Italy, as one of some of the projects from our organisation, Montagna Viva. This organisation was founded as a catalyst to undertake projects to revive the countryside, in the form of doing — in common — something together, or using the term ‘commoning’, as it is described in the growing acknowledged theory of the commons and its communities.

Massimo and I decided to initiate a common garden project after realizing that we did not want to spend all our spare time in our kitchen garden, isolated from the community. Within a couple of weeks we got a group of like-minded people, and La Cuccagna was born. Even though we started with bare land, the name, standing for abundance, is inspiring enough to attempt capturing all the abundance of fruits, herb and vegetables that nature delivers us here in this tiny Italian village in the Apennines.

Right from the beginning the necessary steps for realizing the project were unfolding in magical ways. After our brainstorming for organising the project, we still didn’t have a common vision for what we wanted to do. Despite this, we decided to continue our conversations whilst working in the garden. This immediately turned our attention to the question of land.

Whilst weighing up the options for land, we naturally pointed out what we wanted by integrating our needs, and our long-term objectives of the garden project. I have to say here, to my surprise, that all the land that we looked for was offered to us for free. I can only explain it in this way, that the countryside is becoming increasingly de-populated making it much harder for the remaining people to maintain life amongst the villagers. Therefore, when a project is in planning we’re finding people are coming together to help out. And here in the village of Monchio, the land is in abundance and nobody is using it.

We opted for a piece of land next to a fountain and a stream. This was important to us, as we did not want to rely on outside water sources. Besides the cost of outsourced water, it also contains chlorine and other chemicals to purify it. Then there was the thought of collecting rain water, however, we decided to take this up as a long-term project as it was too complicated to implement properly right now, as we do not yet have detailed knowledge of the local weather patterns, except for the knowledge that the summer months are very dry, and often it does not rain for many months. The water from the spring is arriving directly from the melted snow in the mountains.

The other important factor for opting for this plot of land was that it was situated only two minutes walking distance from the centre of the village. To us it was clear that La Cuccagna should not be working in isolation from the community, but should instead work as part of the community. This is where we meet one of the permaculture principles: integrate rather than segregate.

The location of La Cuccagna is at the entry/exit point of the village. People passing the garden often stop to chat and exchange information about what’s going on in the village or to ask about our garden. For many older people this has become part of their daily walk through the village. They are looking curiously at what we are doing and giving us advice and invaluable information on the local soil, water and weather patterns of the different seasons.

Once we had the land, within two weeks we started clearing it from brambles and heavy stones — making paths, starting seeds and laying the water supply. The land was not very large — about 30 x 50m — but for the beginning it was more than enough. Preparing the land for potatoes (April 2011)

Our core group consists of eight people, with further connections to invaluable friends of the group. None of our members has a digger for example, and so we asked somebody with a digger when we cleared the land to pull out heavy stones for paving the entrance. In return for their help we plant them an extra row of their preferred vegetables.

The land is situated opposite a fountain. For improving the water quality of the stream we had to clear the fountain from brambles. It was a major undertaking to which many locals also helped out. Once we cut back the brambles a beautiful fountain came into view, with a water basin where horses and cows once paused to drink. On this occasion, stories from the elderly emerged as they remembered when the fountain was fully utilised in their youth, when their parents, who were still farmers then, used this place. As more and more memories emerged the desire arose from the villagers to turn the fountain into a beautiful meeting place. Well, within a few months the local architect came up with a plan, the locals organised different fundraising events, and now work is underway to restore the fountain. Clearing the fountain and stream (April 2011)

We are now in the second year of our garden project, and have doubled the land. The idea now is to put up a greenhouse and a small caravan or a hut for creating an access space for outsiders to learn about our project.

Stay tuned for more news on this project. 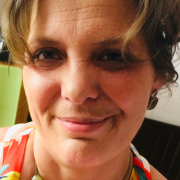 GM Cancer Warning Can No Longer Be Ignored