Below is the first half of the Introduction to our new anthology of essays, The Wealth of the Commons:  A World Beyond Market and State, just published by Levellers Press.  The Introduction is by me and Silke Helfrich, my co-editor and colleague on the Commons Strategies Group.  Part II of the essay will be published in my next blog post.  You can learn more about the book at its website, www.wealthofthecommons.org. It has become increasingly clear that we are poised between an old world that no longer works and a new one struggling to be born. Surrounded by an archaic order of centralized hierarchies on the one hand and predatory markets on the other, presided over by a state committed to planet-destroying economic growth, people around the world are searching for alternatives. That is the message of various social conflicts all over the world — of the Spanish Indignados and the Occupy movement, and of countless social innovators on the Internet. People want to emancipate themselves not just from poverty and shrinking opportunities, but from governance systems that do not allow them meaningful voice and responsibility. This book is about how we can find the new paths to navigate this transition. It is about our future.

But since there is no path forward, we must make the path. This book therefore is about some of the most promising new paths now being developed. Its seventy-three essays describe the enormous potential of the commons in conceptualizing and building a better future. The pieces, written by authors from thirty countries, fall into three general categories – those that offer a penetrating critique of the existing, increasingly dysfunctional market/state partnership; those that enlarge our theoretical understandings of the commons as a way to change the world; and those that describe innovative working projects that are demonstrating the feasibility and appeal of the commons.

This book begins by offering a number of theoretical analyses of the importance of the commons to the contemporary political economy.  Part I includes essays that explore, for example, the “tragedy of the anti-commons” dynamic in which excessive, fragmented property rights impedes innovation and cooperation; the important differences between “common goods” and “public goods”; and the ways in which the commons challenges some elemental principles of modernity, liberalism and law.  New thinking in theoretical biology suggest that the methodology of nature itself favors the commons as a stable, self-sustaining paradigm. The commons, then, is a paradigm that embodies its own logic and patterns of behavior, functioning as a different kind of operating system for society. While many of its dynamics are still hidden to minds steeped in market culture, learning about particular commons can help us recognize the commons as a useful, general paradigm.

The essays of Part II focus on the commodification and privatization of shared resources – the enclosure of the commons – one of the great, untold stories of our time. Enclosures are dispossessing tens of millions of farmers and pastoralists whose lives depend upon customary land commons in Africa, Asian and Latin America.  They are disenfranchising urban dwellers whose parks and public spaces are being turned into private, commercial developments; and Internet users who are beset by new copyright, digital encryption and international treaties that lock up culture; as well as ordinary citizens whose access to credit is limited by private banks.

Happily, as we see in Parts III and IV, a rich explosion of commons-based experimentation and innovation can be seen around the world. It consists of “collaborative consumption” systems for swaps, barter and sharing; Chilean fishing commons that have stabilized declining Pacific fisheries; fruit-picking commons in Germany that allow people to pick from local fruit trees that have been abandoned; and an ingenious scheme to establish a new type of international trust to save a biodiverse-rich region of Ecuador from oil drilling.  Some of the most recent and exciting commons-based innovations are related to the digital world (see Part IV), as seen in the rise of Creative Commons licenses throughout the world; the city of Linz, Austria’s, creation of a regional digital/information commons designed to reinvigorate its local economy and civic life; and the peer-to-peer economy’s powerful role in reinventing societal institutions.

This book does not attempt to present a “unitary perspective on the commons,” which would be oxymoronic in any case, but rather offer the rich kaleidoscope of perspectives that we have come to expect of the commons. As the reader will soon realize, the commons can be seen as an intellectual framework and political philosophy; it can be seen as a set of social attitudes and commitments; it can be seen as an experiential way of being and even a spiritual disposition; it can be seen as an overarching worldview. But the truth of the matter is that the commons is all of the above. It offers a fresh vocabulary and logic for escaping the deadend of market-fundamentalist politics, policy and economics and cultivating more humane alternatives.

It bears noting that this book is neither a how-to manual nor an encyclopedia. It is a selective survey of some of the more prominent vectors of thought and activism around the commons at this point in history. Necessarily, some perspectives and topics are missing. This volume does not adequately address, for example, the role of arts and the commons, enclosures of outer space and broadcast media, organized labor and the commons, or the impact of technologies such as nanotechnology and geo-engineering. That said, once you have learned to see the world through the lens of the commons, you will naturally apply that perspective to your own encounters with topics we could barely address.

Beyond the Market and State

For generations, the state and market have developed a close, symbiotic relationship, to the extent of forging what might be called the market/state duopoly. Both are deeply committed to a shared vision of technological progress and market competition, enframed in a liberal, nominally democratic polity that revolves around individual freedom and rights. Market and state collaborate intimately and together have constructed an integrated worldview – a political philosophy and cultural epistemology, in fact – with each playing complementary roles to enact their shared utopian ideals of endless growth and consumer satisfaction.

The market uses the price system and its private management of people, capital and resources to generate material wealth. And the state represents the will of the people while facilitating the fair functioning of the “free market.” Or so goes the grand narrative. This ideal of “democratic capitalism” is said to maximize the well-being of consumers while enlarging individual political and economic freedoms. This, truly, is the essence of the modern creed of “progress.”

Historically, the market/state partnership has been a fruitful one for both. Markets have prospered from the state’s provisioning of infrastructure and oversight of investment and market activity. Markets have also benefited from the state’s providing of free and discounted access to public forests, minerals, airwaves, research and other public resources. For its part, the state, as designed today, depends upon market growth as a vital source of tax revenue and jobs for people – and as a way to avoid dealing with inequalities of wealth and social opportunity, two politically explosive challenges.

The financial meltdown of 2007-2008 revealed that the textbook idealization of democratic capitalism is largely a sham. The “free market” is not in fact self-regulating and private, but extensively dependent upon public interventions, subsidies, risk-mitigation and legal privileges. The state does not in fact represent the sovereign will of the people, nor does the market enact the autonomous preferences of small investors and consumers. Rather, the system is a more or less closed oligopoly of elite insiders. The political and personal connections between the largest corporations and government are so extensive as to amount to collusion. Transparency is minimal, regulation is corrupted by industry interests, accountability is a politically manipulated show, and the self-determination of the citizenry is mostly confined to choosing between Tweedledum and Tweedledee at election time.

The state in many countries amounts to a junior partner of clans, mafia-like-structures or dominant ethnies, in other countries he amounts to a junior partner of in this market fundamentalist project. It is charged with advancing privatization, deregulation, budget cutbacks, expansive private property rights and unfettered capital investment. The state provides a useful fig leaf of legitimacy and due process for the market’s agenda, but there is little doubt that private capital has overwhelmed democratic, non-market interests except at the margins. State intervention to curb market excesses is generally ineffective and pallliative. They don’t touch the underlying problem, moreover – they often legitimize the procedures and principles of the market. In consequence: Market forces dominate most agendas. In the U.S., corporations have even been recognized as legal “persons” entitled to give unlimited amounts of money to political candidates.

The presumption that the state can and will intervene to represent the interests of citizens is no longer credible. Unable to govern for the long term, captured by commercial interests and hobbled by stodgy bureaucratic structures in an age of nimble electronic networks, the state is arguably incapable of meeting the needs of citizens as a whole. The inescapable conclusion is that democratic governance in its own forms is no longer possible – and that conventional political discourse, itself a aging artifact of another era, is incapable of naming our problems, imagining alternatives and reforming itself.

This, truly, is why the commons has such a potentially transformative role to play. It is a discourse that transcends and remakes the categories of the prevailing political and economic order. It provides us with a new socially constructed order of experience, an elemental political worldview and grand narrative enshrined in language. The commons as a new narrative identifies the relationships that should matter and sets forth a different operational logic. It validates new schemes of human relations, production and governance – one might call it “commonance,”or the governance of the commons.

The commons provides us with the ability to name and then help constitute a new order. We need a new language that does not insidiously replicate the misleading fictions of the old order – for example, that market growth will eventually solve our social ills or that regulation will curb the world’s proliferating ecological harms. We need a new discourse and new social practices that assert a new grand narrative, a different constellation of operating principles and a more effective order of governance. Seeking a discourse of this sort is not a fanciful whim. It is an absolute necessity. And, in fact, there is no other way to bring about a new order. Words actually shape the world. By using a new language, the language of the commons, we immediately begin to create a new culture. We can assert a new order of resource stewardship, right livelihood, social priorities and collective enterprise.

This article is licensed under a Creative Commons Attribution 3.0 License and originally appeared at www.Bollier.org. 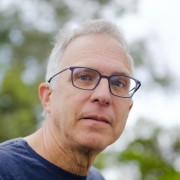