Baraboo, WI—Food sovereignty activists from around North America will meet at this tiny town on March 2 to support Wisconsin dairy farmer Vernon Hershberger and food sovereignty. Hershberger, who has a court hearing that day, is charged with four criminal misdemeanors that could land him in prison for three years with fines of over $10,000. The Wisconsin Department of Agricultural Trade and Consumer Protection (DATCP) targeted Hershberger for supplying a private buying club with fresh milk and other farm products.

DATCP has charged Hershberger with, among other things, operating a retail food establishment without a license. Hershberger repeatedly denies this, citing that he provides foods only to paid members in a private buying club and is not subject to state food regulations. “There is more at stake here than just a farmer and his few customers,” says Hershberger, “this is about the fundamental right of farmers and consumers to engage in peaceful, private, mutually consenting agreements for food, without additional oversight.”

At a pre-court rally scheduled for 11:00 at in front of the Sauk County Courthouse in Baraboo, food rights activists will read and distribute a “Declaration of Food Independence” that asserts inherent rights in food choice. A signing ceremony will be part of the rally. The signers expect the declaration will inspire a growing food sovereignty movement. Speakers at the rally will include members of Hershberger’s club.

Hershberger and other farmers around the country have been and are facing state or federal charges against them for providing fresh foods to wanting customers. In recent months the FDA has conducted several long undercover sting operations and raids against peaceful farmers and buying clubs that have resulted in farms shutting down and consumers without access to their food. 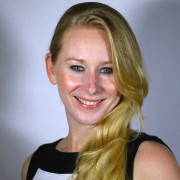 Perennial Staple Crops of the World