I have seen a possibility and a lot of factors that are working in favor of this possibility, so it has motivated me to start working on my idea. It’s about collaboratively re-occupying and regenerating abandoned rural land, starting here, where I am in Portugal. Since I know of no other cases of this here in Portugal I will be starting with my own land as a lead case study, lead example or pilot project for lack of a better term. I am currently in the process of investigating this further, but let me explain the idea….

The idea is based on identifying large areas of land where ‘rural abandonment’ has occurred and where each of the separate pieces of land within this area can be occupied (via purchase or some kind of exchange agreement) by individuals, partners or groups for the intention and purpose of ‘earth regeneration’. By earth regeneration what I mean is the reforestation / regeneration of land using Permaculture Principles (principles derived from observing nature) to create balanced, diverse and resilient eco-systems capable of supporting productive, sustainable agriculture and, as a consequence, promote a sustainable localised economy for the incumbent and surrounding community. The idea would be that each piece of land remains autonomous and that the owners / occupiers (I would like to call them ‘Earth Neighbours’ since it is in tune with the idea I’m trying to convey) would be responsible for the regeneration of their own piece of land (and of course, they would be free and encouraged to collaborate with the regeneration of their neighbour’s land also). Each of these pieces of land would then form the greater area; a kind of Permaculture Community Conservation Park. I refer to it as such because it would be my hope that ultimately these areas could be recognised as sanctuaries (protected areas) for wildlife and biodiversity and therefore worthy of conservation (and conversation / dialogue, etc). Of course that responsibility would always lie in the hands of its custodians.

Obviously there are many things to think about. Right now though it is a simple intention and an invitation for any who wish to express their interest in participating in a co-creative experiment (or perhaps create your own?). One in which we can migrate away from, and also to open the possibility for others to migrate away from, the current ‘machine mind’ and ‘centrally controlled’ culture that is going through its disintegration and work towards the possibility of humans of like spirit cooperating and working together towards effectively regenerating Mother Earth back to a state of health, one piece at a time. So to draw an analogy, imagine a jigsaw puzzle which is the larger area of land (which could potentially become a Permaculture Community Conservation Park) and each of the pieces of individual land within this defined area being the pieces of the jigsaw puzzle. We, the ‘Earth Neighbours’, would be helping to put it all together and then eventually connecting with other surrounding communities that would be doing the same thing. (I would like to write more about this greater network but will write something later to express what this would be like in my view, but if you can imagine how the world wide web works — or even better, a mycelium network — then it might give some insight.) We’ve already developed it into the World Wide Web so now we just need to implement it with respects to our communities. This could be a great opportunity to experiment with this. The truth is we don’t have much to lose. We just need to start living it.

How did this idea come to be?

I have purchased a piece of land very close to the Serra da Estrela region in Central Portugal. What once was part of Lusitania (means ‘the land of light’). Also the home of another dying breed, the shepherds of Serra da Estrela). Around me I see a lot of old pasture land that has been abandoned, some of it for a long time. The old folks who used to work the land as conventional farmers have now either retired, left the area or passed on and left the land to heirs who have no interest in farming. Many of the old farmers I have spoken with express sadness in seeing how land has been left abandoned. The piece of land that I have purchased for example, had been abandoned for around 20-25 years. Most of the lands have buildings / ruins on them, some of them closer to a more habitable state than others and many have wells which seem to have plentiful water. The land is rolling hillside and has great views overlooking the Serra da Estrella on one side and expansive views towards the Caramulo Ranges on the other side. The vision came from an idea passed onto me by my friend Leonardo. I have held this vision, or should I say this vision has held me, for some time and it has not left me, so I must investigate the possibilities. A large part of my motivation for attempting this comes from seeing the deforestation that exists around here as a result of conventional agriculture and fires. I am also motivated by the fact that every day we are deforesting so much of our planet. I want to make a change and know that I can only start where I am now, and that is here.

I see many challenges here also, one of which being the threat of fire, which seems to be getting greater here. Usually they are man made. The one underlying cause that connects all these incidences together is tied to ignorance. I will go no further than explaining it that way in order to keep it short and simple. What I believe is required is that a greater awareness be applied to this issue so that awakening can happen in respects to the value of our environment and the consequences of its mistreatment. What this means to me is that if there are more people in an area who carry a more conscious vision and attitude towards the environment then this will change others in the area also. It is like inspiration. If we are capable of being inspired by others, then surely we are also capable of inspiring others (by following our inspiration).

Let’s take a little break and be served with some inspiration:

I see lots of potential here for a regeneration project such as the one I’ve been describing. Although a lot of the land around me has suffered much fire damage and is left abandoned, I have visions of it being converted into a lush forest and believe that with the co-operation of others this can be achieved. Sustainable Agro Forestry that could re-invigorate the area with bio-diverse life and bring with it the opportunity to create a new economy based on local community values is something that I believe is much needed at this present moment in time. It could also serve as an example and opportunity to others in Portugal and internationally who wish to do the same thing. So, the idea is grand, but it starts with the first step which is what I’m currently working on; to find out who the owners of each of the surrounding properties are and see if they are all open to selling at prices that would be affordable to those who would wish to join this ‘intentional land sharing and reforestation project’. Even if they are not willing to sell then I will investigate other possibilities with regards to agreements that can be made to allow occupation by fellow ‘Earth Neighbours’.

If I see positive signs then I will look at dedicating a web site to the idea and share the information in a more detailed format, as well as to publicise descriptions and photos of the lands that will be available. Then it will be a matter of seeing what interest there is for this and see what kind of individuals and groups it attracts. If the web site is successful then I guess it can also be used to inspire and facilitate other parties who wish to try the same thing in their area.

Is it an idea that will be welcomed by Portugal?

We will soon find out. If more of these intentional projects can arise across Portugal then perhaps we could see the beginning of a much needed revolution? People coming full circle, going back to the land, reforesting and regenerating the earth and bringing with it a new, sustainable economy based on respecting the values of Gaia. Then we can allow the old structures (economic and otherwise) to fall gracefully rather than with panic and confusion. I fear though that there isn’t a lot of time so if you like the idea then I would invite collaboration.

I like the idea and I believe it’s possible. Of course I’m a dreamer, but I’ve already found two pieces of land that I know are for sale at around 25k each. It’s cheap and great for any permaculture warriors that are willing to take on the challenge of reforesting and preserving abandoned land. If you like the idea or are inspired by this vision then I invite you to comment and share whatever ideas you have that could help take this one step closer to becoming a reality.

If you want to contact me directly, you can write to millo.magno (at) gmail.com 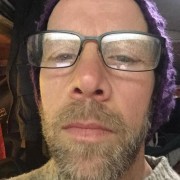