Many have heard of EM mixtures, sold worldwide with cultures of effective microorganisms, that due to their symbiotic relationships with each other can benefit the microorganisms’ ecosystem in our soils, compost piles and toilets. They are known to boost yield and speed the composting process and are sold worldwide for their positive effect.

You can read more about the commercial brands of EM and the process of their discovery by Dr.Teruo Higa from Japan in Wikipedia.

There are three types of microbial life that come together to form the mixture. It is not a certain strain of microbes that holds the key, but rather the combination of the different groups that gives the positive effect we are looking for.

Now how do we get all of them to work together for us? We create a medium of wheat bran and molasses, add micro organisms we harvested in different ways, and put them through an anaerobic fermentation process. Easy.

I learned the recipe from Itai Hauben at IPC10, and have used it successfully with a few modifications.

Recipe for 200 liters of mixture:

I know some people who use this kind of liquid even to clean their homes, I plan to keep investigating other uses in the future.

Good luck and have a good time with your new microbe friends. 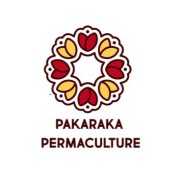 Kangaroos and Wallabies - a Few Ideas on the Aussie Problem