I figure this video will stimulate some potentially useful discussion. It features portions of an interesting WWII-era production, titled Hemp for Victory, made by the U.S. government to encourage U.S. farmers into the cultivation of hemp to fill the escalating demand for industrial fibre during the war. This was not too long after the U.S. had introduced, during the height of the Great Depression, the 1937 Marihuana tax, which had had the opposite effect. (It goes to show the power that government policies can wield in rapidly influencing social priorities.)

By all accounts, Ancient China is where hemp was cultivated from its wild botanic ancestors. China was, up until their recent surrender to modern Agribusiness interests, one of the only nations that managed to maintain their agricultural systems on the same land for thousands of years without depleting its soil — and despite having very high population densities. (See Farmers of Forty Centuries, 300kb PDF.) That hemp played an important role in supplying many of their basic human requirements sustainably over this entire period is worthy of note considering this historically significant accomplishment.

Hemp can be used as a ‘mop crop’ (phytoremediation), to take impurities, excess nutrients and heavy metals out of water and soil. It can be grown virtually everywhere on earth and although it doesn’t like wet feet too much (it prefers reasonably well-drained soils), it is not otherwise particularly demanding.

I personally think that, like pretty much anything we do today, hemp would become a problem if applied at the largest scale. Introduce centralised, monocrop hemp systems and I’m sure we’ll suffer penalties in soil health and chemical use — but on a small scale the plant seems only meritorious. This little report seems to confirm my thoughts here — talking about the difficulties of an economy of scale with hemp’s particular characteristics.

Some of you may recall that I had the privilege of seeing hemp use in its traditional form — by the Hmong people living in the mountainous north of Vietnam, only a couple of clicks from the Chinese border. The Hmong are originally from China (actually, there is a lot of evidence to show that they were in China before the Chinese) and there they grew hemp from seed, harvested the plants, separated the fibres, dyed them with plant dyes and weaved their own colourful clothing, and they did it for century upon century, without a Gap store in sight.

Today there are all kinds of economic interests and incentives stopping all kinds of appropriate technologies. Is hemp yet another casualty in the competition for our consumer dollars?

It’d be great to hear practical reports from readers who have experience working with the plant and who’ve produced useful products with it. Have permies out there found practical, viable and valuable uses and systems for hemp, the non-THC plant of the cannabis genus? 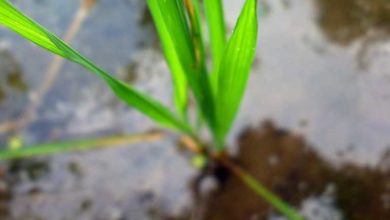