The monster tornadoes that recently tore through the South Midwest did more than destroy property. As they shredded homes and other buildings they also released deadly environmental hazards. The most common of these are lead paint and asbestos.

Asbestos is a mineral that easily breaks into small fibers that can linger in the air. When breathed, asbestos fibers can settle in the lungs and do a lot of damage, including cause the deadly lung cancer mesothelioma. And any ingestion of lead can cause lead poisoning.

Decades ago, before their health risks were understood, builders prized asbestos for its fire-retardant properties and lead paint for its durability. Homes built before 1940 almost certainly contain some of both. But don’t assume that not-so-old homes are hazard-free.

Asbestos shingles and tiles were popular home building materials long after use of asbestos insulation was discontinued. Asbestos also was widely used in drywall, paint and patching compounds, and spray-on soundproofing materials throughout the 1960s and most of the 1970s.

In the U.S., most manufacturing of asbestos building materials stopped in 1978, but builders continued to use up their old inventory well into the 1980s. And homes built as recently as 1995 may contain vermiculite insulation that is contaminated with asbestos.

Asbestos is not hazardous as long as it is contained behind walls or encased in something solid. But when asbestos is released, it becomes deadly. The recent tornadoes ripped insulation out of walls and furnace ducts and crumbled shingles and drywall. The question is not whether asbestos was released, but how much.

What about lead paint? Homes built after 1978 probably are lead paint-free. Before that — well, the older the home, the more likely it contains lead paint, often buried under layers of more recent paint. When old walls crumble, lead particles can be released into the air or settle in soil or water. Lead is toxic when ingested and is especially damaging to children.

If there is tornado damage in your community, what should you do? First, keep children away. They may want to explore the debris or help in the cleanup, but toxins in the air could ruin their health.

Don’t make the mistake of assuming that the air is safe because nobody breathing it feels sick. Sometimes the effects take months and even decades to develop. There are people in mesothelioma treatment today because they were exposed to asbestos 40 years ago.

Adults working around lead dust or asbestos should be wearing a proper respirator. If possible, keep the debris wet to prevent dust and fibers from flying around in the air. Don’t forget that toxic dust might be on your clothes and skin, so when you are done go straight home, shower thoroughly, and wash your clothes. And when the debris is cleaned up, have the topsoil tested to be sure it is toxin free. 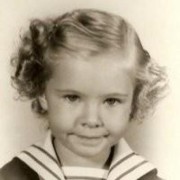