The Malungon area of the Sarangani province, located in the southern region of The Philippines, was once one of the richest forests in the world. Today the remaining old growth exists in small, fragmented stands which remain vulnerable to illegal deforestation and degradation. Frequently ignored, these last remaining areas are a vital core habitat for a wide range of fauna and flora. This forest has also been, for at least 2000 years, the centerpiece of the culture and lifestyle of the Blaan and Tagakaulo indigenous peoples. Miraculously, throughout Philippine history these tribes have been able to hold on to basically independent status of their lands (though more than a few lives were lost fighting the Spanish). It was not until the Marcos era that their ancestral lands were stripped. Logging concessions were given out at an astonishing rate, and between the years of 1960 and 1990, over 85% of the 250,000 hectare Sarangani forest came under the saw. Large corporate interests from around the world were often given the rights to large swaths of land at a cost of $1 per tree. They would ship this internationally and sell the old growth mahogany for thousands of times that price. Today only 12% of that forest remains.

During the 1990s, under the Ramos administration, the fortunes of the indigenous people took a turn for the better. President Ramos immediately made further logging illegal and even canceled those concessions that had already been given. With passage of the Indigenous Peoples Rights Act 1997 the Blaan and Tagakaulo tribes for the first time retained official title to their land. Together they were given 74,000 hectares (165,760 acres) on the Torrens Title System. And other tribal peoples retained titles to the vast majority of the entire Sarangani forest area.

This was an unprecedented milestone for these peoples, but left them with a largely denuded and eroded landscape. Since that time, they have worked to replant forest, and establish agricultural systems for themselves that do not harm their land even more, but often they are forced through the hardships of the land to farm on very steep slopes and to resort to production of charcoal as a means of generating an income. Both of these practices have led to further degradation.

Though the rate of deforestation around the world has been slowing, it is expected to continue its rise as more forested land gets converted into agriculture to feed the planet. It is imperative that we act now to restore and revitalize degraded forest land so that the vital functions of this planet are maintained. There are inspiring examples from around the world of people working to restore forests, while at the same time benefiting the economic and social well-being of the local people. A forest plays an important role in ecological stability by serving as a natural water reservoir as well as a habitat of our wildlife and the indigenous tribes there within. Since our forests are mostly degraded, rehabilitating them is a lifetime activity.

Regenerating a natural forest (Philippine Mahogany, Apitong, Lauan, Molave Narrra, Dao, and other indigenous species etc.) is usually done through seeds and wildlings, along with the knowledge of the local people. The development program follows something called the framework species concept, wherein the forest is planted with a select number of starting species which encourage the return of birds, animals, insects and provide the ecosystems services which set the stage for the natural regeneration of a truly diverse and healthy forest. A forest planted in this way can start with 30 varieties and see over 150 varieties of trees growing in less than 10 years. Our focus is not on the success of the trees themselves, but on the forest in general.

We will also be working with the local people to establish areas of agroforestry, mixed orchards, perennial food systems and annual gardens. To meet all of our objectives and have long term success, these are of critical importance.

No Fire – One of the largest challenges facing reforestation work is that of fire. This area of the Philippines has no known forest fires on record, and we have documentation from the local government confirming this.

Climate – Mindanao is located 6 degrees north of the equator in a humid tropical zone. There are two main monsoon times of year, but the area in question receives afternoon rains very regularly throughout the year. This creates perfect conditions for seedling success.

The People – The Blaan and Tagakualo tribes are very much in support of the project. They feel proud of the opportunity to replant the forest for their future generations. Having this cooperation is key to the success of the replanting. Supportive Government – Under the leadership of Senator (and Boxing Champion) Manny Pacquiao, Mindanao has seen a surge in pro-environmental movements throughout the island. We have also met with and received support from the provincial government, the Department of Environment and Natural Resources, the local mayor and the Tribal Council. Organizations cooperating with WeForest for this project: 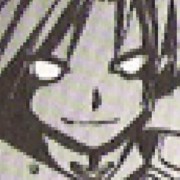