Should we reduce the speed limit to cut oil consumption? Should we impose new taxes on the banks? Should we stop hawking weapons in the Middle East? The answer in all these cases is obvious, but none of these reforms will happen until we’ve brave enough to tackle vested interests.

Earlier this week, Spain reduced the speed limit on its motorways by 10kph. The British government should follow it, and then go further. Here’s why.

It’s taken a while – many years of denial and obfuscation in fact – but at last both the British government and the International Energy Agency are catching up with what campaigners have been saying for years: that petroleum cannot last forever, global demand is rising and there will soon come a point at which supply can no longer match it. A few years ago, disruption in a second-tier producer like Libya (1.8m barrels per day) would scarcely have caused a ripple. Today it spreads near-panic among the consumer nations.

The capacity of Saudi Arabia, the world’s great swing producer, to raise supply is lower than it was, even last year. The Wikileaks cables appeared to confirm a warning that some of us have been issuing for a long time, that the kingdom, in common with other OPEC producers, has wildly overstated its reserves.

The era of cheap and easy oil is long gone: future supplies will come from riskier and more destructive operations: in deep seas (to the west of the Shetland islands, for example, the British government encourages prospecting in places just as deep as, and much rougher than the site of the Deepwater Horizon rig); in the Arctic, in the rainforests. Already we are beginning to switch to supplies so dirty – such as Canadian tar sands – that they make ordinary production look green. So do we try to conserve what little remains, and use it as wisely as possible? Do we stop banging our heads against the wall?

If you listen to the petrolheads, who regard any restriction on how and where we drive as a gross intrusion on their human rights, the answer is no: we must bang our heads harder and faster, preferably on pebbledash. To hell with such piffling concerns as global supply: we should live fast and die faster. Or live fast and then roll to an embarrassing halt. Homo sapiens sapiens this isn’t.

Listening to their inflated rhetoric, you’d think lower speed limits were the end of the world. (These are the same people, let me remind you, who call the greens alarmists). Then you remember that, for 13 years following the first oil shock (1974-1987), those commie eco-terrorist bunny huggers who ran, er, the US government lowered that nation’s speed limits to a maximum of 55mph. It didn’t exactly reduce the US to a third world country, did it?

Despite the government’s professed rediscovery of the environmental agenda in the past few days, it’s not likely to happen here in a hurry. Just a fortnight ago Philip Hammond, the transport secretary, suggested the opposite: that we should raise the top speed limit from 70 to 80mph, thus rushing us even faster towards the oil crisis. And the government seems to be allergic to enforcing existing speed limits, let alone reducing them.

But here’s what would happen if we brought down the limits in the UK (I’d suggest 60mph on the motorways, 50 on trunk roads, 20 in residential areas). We would reduce both national imports of oil (improving the balance of payments) and our own household bills. We’d reduce pressure on global supplies. We’d cut our production of carbon dioxide. The UK Energy Research Centre found that cars produce almost 10% less carbon dioxide at 60mph than they do at 70. By reducing the motorway speed limit to 60 – and enforcing it – the UK would save some 7 million tonnes of CO2 (1.9Mt of carbon) per year.

There would be fewer accidents, and fewer consequences when they happen. The roads would be quieter – as slow cars make less noise than fast ones – reducing stress levels. And life, perhaps, would be a little gentler, a little less frantic, as we stopped stampeding towards the next traffic jam. This is the hideous fate that awaits us if we reduce our speed limits. Terrified yet? 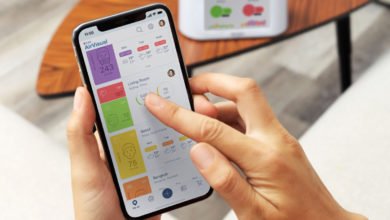