Ken Shaw is a college science teacher based in Prince Rupert BC.  When he is not in the classroom, bringing permaculture to the institutional environment, he can be found in his backyard or that of a friend using permaculture to design productive garden space in the unique and moist climate of the Northern Temperate Rain Forest on Canada’s west coast.

Just a little over a year ago I came home after taking my PDC with Jesse Lemieux all keen to make permaculture a reality at home. [Note: southern hemisphere folks should get in quick for the opportunity to learn from Jesse with his upcoming PDC at PRI’s Zaytuna Farm in NSW, Australia!]. While one of the goals of the Permaculture Design Certificate (PDC) course is to inspire students to go on to teaching PDCs back home, teaching permaculture can have a much broader perspective. 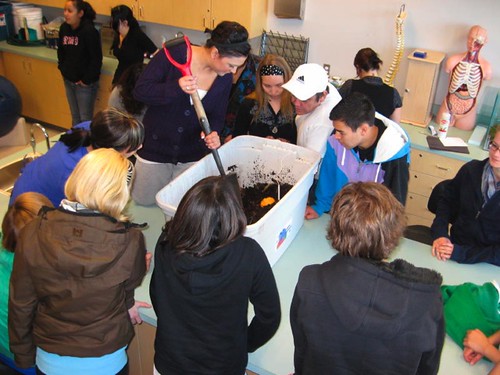 As a college teacher in the sciences, I have all sorts of opportunities to introduce permaculture concepts into my existing courses.  As I was teaching ecology that September, the subject was ripe for setting up a worm farm and compost demonstration.  I had no idea where the project would take us, but before we knew it, we had a request from the high school for a tour and later to be featured in the 350 Day Event.

In the photo above, my college class is teaching a visiting high school group about how a worm farm works.  They began with describing the nutrient cycle and how the worms fit into process by turning kitchen waste into highly fertile soil in a matter of a few weeks.  Utilizing basic ideas from the scientific method, they also counted and weighed the worms at the beginning and end of the study to get an idea of how fast they grow and how much the worms would consume.

Not long after was the World Wide 350 day to bring attention to the fact that we have passed the 350 ppm of CO2 level in the atmosphere considered to be the safe maximum level.  The event was organized by college students bringing together a variety of organizations and displays.

The class took turns at running an information booth explaining how composting works and demonstrating the worm farm.  By this time we had received a donation of a photogenic composting bin in the shape of a planet. 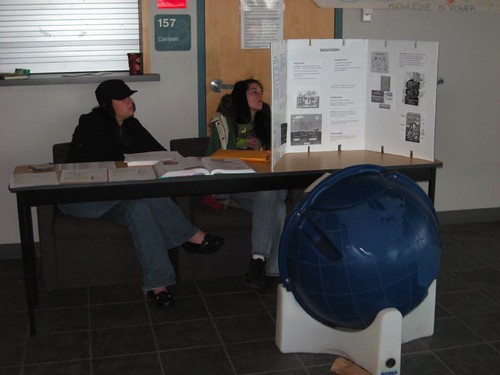 There was a lot of enthusiasm, guest speakers, and entertainment provided. 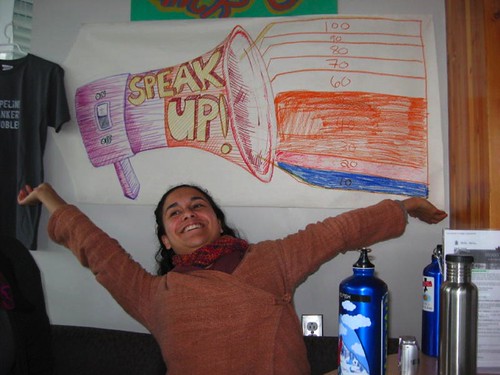 In partnership with the Canada World Youth Exchange group from the Ukraine, the day was a success.  Our local MLA Garry Goons, my class, and the Ukrainian students all decided that they would pose with the compost bin for the defining photo of the day. 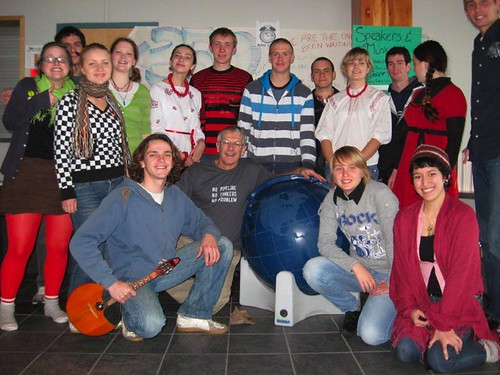 Teaching permaculture can happen at many levels.  Taking advantage of the opportunities that already exist around you is the best way to get the message out.  For me, bringing the concepts into the courses I already teach makes the most sense.  It’s when permaculture concepts start to become part of everyday living that we will know that we have done our job.