Being a trained observer of natural patterns, it’s pretty difficult not to notice an obvious dearth in awareness around the subject of Permaculture. Furthermore, I feel that it goes without saying that there’s an urgent need for permaculture education that is a direct conduit to action. Once one knows and deeply understands our global state of affairs and environmental situation through the educational lens of a Permaculture Design Certificate (PDC), it is difficult not to have a sense of urgency about permanent cultural repair. To me, it appears that this type of urgency isn’t often shared by those who don’t see the issues and the solutions through the lens of Permaculture and whole systems thinking. While many of us are well-intentioned and passionate about change, we’re often at a loss to know how to tackle such large problems. As though many of us seem to be caught in the rapid current of a positive feedback loop, a lot of us have learned helplessness thus driving the problems deeper into the proverbial carpet. And as these problems become deeper and embedded so does our sense of frustration, confusion and ultimately apathy. Now the need for an interruption in this feedback pattern is ever more timely as an eponymous oil disaster in the American Gulf of Mexico sounds the environmental alarm. As each moment passes, the adoption of scaled design solutions, not only for disaster relief and aid work but for community organization and skills trading, become needed with increasing urgency. Though, despite this, It would appear that a lot of us are eager, yet unprepared to make even the small changes that might set forth a pattern of positive change fueled by real solutions. And still, for so many Americans, it is easier to spend $20-$30 on an afternoon at the movie theaters than it is to spend hard-earned dollars on personal development. For instance, rentrack.com reports “Twilight: The Eclipse” generated nearly 70 million USD over the 4th of July weekend alone. “Well…” I asked myself “…how does one prepare for battle?” “How do you get from couch potato to a sprightly spud?” “You go to Boot Camp… Permaculture Boot Camp!” Actually, to be completely transparent, the design process didn’t exactly fall into place with such cinematic drama. In fact, the Permaculture Boot Camp at Hayes Valley Farm (HVF) in San Francisco, CA is an ongoing design project between myself and Chris Burley that aims to teach Permaculture to the masses in three short hours.

The design for this class developed out of a design project for our Permaculture Design Certificate in 2009. Leaving the PDC we felt strongly that the needs of our community were expressed in its interest in positive change, but with an apparent lack of direction and cohesiveness to see results. Our desires to teach the lessons that were so powerful to us in our PDC experienced several evolutions before an opportunity aligned with our intent. Now with the Hayes Valley site, an experimental urban farm getting deep community and media attention, we’ve found that it is the perfect platform for mass education. As the design continues to evolve, we’re getting indicators of success, in the form of full classes.

The real success has been in the timing. When Chris originally proposed the course as a one hour lecture, I almost thought he was mad. “Teach Permaculture in one hour? We’ll be lucky if we finish introductions in an hour!” Though after a few emails back and forth, we settled on the current format of two energetic 90 minute sessions. Feeling that it would be disingenuous to call in an “Introduction to Permaculture” we settled on Boot Camp. “Put ’em through the ringer!” we thought. With the three-hour Boot Camp, Chris and I offer a rapid-fire introduction to the basics of Permaculture. We begin with an active lecture on evidence followed by a Permaculture ethics and principles site tour where we demonstrate how HVF fulfills and acts on each of Holmgren’s principles and Mollison’s ethical framework. Teaching the course on site invites the students to activate their new-found perspective immediately. Our aim goes beyond the theory of Permaculture to introduce and actively forge a community through sharing and understanding the skills and resources of the people sitting next to one another. With interactive classroom exercises the students are encouraged to form quick bonds to leave empowered and active.

One of the biggest issues students mentioned as being problematic in their worlds is a feeling that their community has been lost. Our answer is part of the course design. The class is typically offered on Sundays twice per month just before the weekly public volunteer workday at HVF. By the time the class ends at 1:30pm the urban farm is buzzing with bodies from all over San Francisco digging, raking, sheet-mulching and planting. The Boot Camp appears to be a perfect entrée to direct action; incentivizing community collaboration over more commercial forms of entertainment. As the students get to know their class and their classroom we remind them “Your lack of community ends here!” Moreover, because the Hayes Valley site has been almost entirely built with volunteer labor and community support, it is quickly becoming the community. It’s drawn hundreds of volunteers and visitors on weekends since January 2010 when the gates opened, and continues to need helping hands to make it truly demonstrate the capacity of Permaculture design solutions. The design of the Boot Camp allows for people-energy to be delivered to the site and ensures continued support for it, not to mention a little revenue. What’s more, with three Boot Camps having been offered since May, we’ve taught nearly 60 students, seven of which have gone on to take the Urban PDC with Kevin Bayuk and David Cody, and many more of which are now regular volunteers at Hayes Valley Farm.

The course costs anywhere between $60-$75 dollars with scholarships available for eligible applicants. What’s really encouraging is that there are a great number of people willing to spend that money on weekend learning to help save their community. In a city known for its love of hedonistic options for ways one can spend a dime, it is nice to know that there is a growing number of hedonists-turned-activists. The next Boot Camp is being offered at Hayes Valley Farm in San Francisco on Sunday, July 11th. For more information or to spread the word about what’s happening in urban permaculture visit hayesvalleyfarm.com. 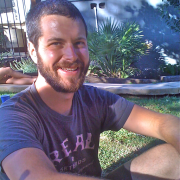