Editor’s Note: This Part IV of a series. Before continuing, please read Part I, Part II and Part III if you haven’t already. By what process precisely does a culture lose its indigenous money as it gets connected to a more powerful economy? One might of course guess that "bait" is an important factor: Look at all these shiny new gadgets that the new money can buy. There’s even television screens! Still, some may not be that easily seduced, and as, unfortunately, we all feel better about major life decisions if we can avoid permanent confrontation with observations that force us to re-evaluate whether they might have been a major mistake, the question arises how to "connect" those to the new money economy who value their independence of it very highly.

History can tell us a lot about that. As it seems, there are indications throughout the centuries of the same mechanism, albeit dressed up very differently, at work all over the world. The general pattern seems to be that some essential resource is identified without which no one can exist. The rules of the game governing access to this resource are then changed, often for reasons that sound quite compelling and beneficial (in particular – and this is an important point – to those whose task it is to establish and enforce the new rules). Of course, one aspect of the new rules is that people now have to pay for something they previously could provide themselves, hence being forced to earn money. At best, this meant a major disruption of their previous schedule and mode of operation.

In the author’s place of origin – the key resource seems to have been water, even into quite recent times. Back in the 80s, some distant relatives could only get building permission if they signed a contract not to harvest rainwater. (They "illegally" built a cistern nevertheless.) Further back in time, there are local stories of farmers who were forced to give up their own springs, some of them being tracked down for illegal use of their springs due to mismatches between the amount of water they bought and the projected requirements of their livestock. (In a temperate climate with an annual rainfall well above 1000 mm.) The most bizarre case, however, happened to a farmer known to the author who one day got an official request to submit a water sample from their spring to have it tested for bacterial contamination. The farmer, not being stupid, did the most obvious thing, and later he received an (expected) order to stop using his spring, as the pathogen levels found in the water sample made it "unfit for drinking". Once he revealed he had actually submitted a sample of tap water, he got fined for "misleading the authorities".

It felt very eerie to learn that in India, the British colonial empire had established a "Salt Tax", and restricted the privilege to produce or trade with salt (essential in India’s hot climate) to the British. Same pattern here? In Africa, the British used a "Hut tax", which led to the famous "Hut tax war" in Sierra Leone. Looking at the details and history of these cases, it is not easy to draw conclusions as to what degree the destruction of a self-reliant culture through the introduction of novel "needs to earn money" was planned, accidental, or even mostly unrecognized. Salt, after all, has been taxed for a long time in India, the British just dramatically changed the rules of the game. A more recent case might be the U.S. occupation of Iraq, specifically Paul Bremer’s infamous Order 81, condemned by a number of right livelihood award laureates [1], which changed the rules for farmers with respect to seed saving.

Taken individually, none of these cases seem to provide conclusive evidence for a pattern (more likely an unintentional, rather than an actively planned one, anyway) at work that could be summarized as: "Western civilization re-programs other cultures by first destroying their indigenous money, and with it their self-reliance, through introducing an artificial need to earn exogenous currency through changing the rules of the game governing access to an essential resource." But still the observations are suggestive enough to warrant asking: Is there any evidence disconfirming, or further confirming, such a pattern from other places of the world? Comments on this from readers would be most welcome!

Eco-Economy Indicator: Past Decade the Hottest on Record 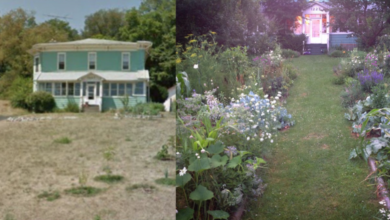 May 26, 2020
Check Also
Close
PRI Newsletter
Get the latest permaculture news stories straight in your inbox