The 20th century was strongly dominated by two schools of thought on how to design a system that guides human effort towards the improvement of living conditions and the advancement of human society: On the one hand, we have "capitalism", on the other hand "communism". While both are often regarded as irreconcilably opposing philosophies, the one proposing a de-centralized market mechanism, the other one a centralized planned economy to allocate "scarce resources", it is important to notice that, in the past century, both gave disturbingly similar results in one important respect: Back then, they both amounted to increasingly damaging vital life support system resources in order to meddle through the problems of the day. One might try to capture this thought in a succinct provocative phrase: The one thing communism and capitalism could not agree on is whether the process of destroying the current best available remaining resources should proceed in a centralized or de-centralized way. Mindless bickering over this – essentially minor – detail brought the world insanely close to the brink of instant nuclear annihilation at least thrice in the 20th century, in October 1962 [1], in October 1969 [2], and in September 1983 [3]: we should perhaps count ourselves lucky we even made it so far.

Seen like this, it becomes very visible why both essentially self-destructive approaches are ultimately doomed to fail. Soviet-style communism did so quite spectacularly back in the 90s, while western-style capitalism started bleeding more recently. The important point to note is that the key aspect of our collective behaviour so far under both systems was to gradually exploit our then-best resources until they were gone, before necessity – the mother of all invention – forced us to devise "clever" ways to exploit the then-next-best resources that had been ignored before. In principle, the downward spiral we are on could – even in the present situation – go on for quite a while, certainly at least until we are driven to lure the earthworms out of the soil to eat them. There are countless very direct examples of this process all around us: oil certainly was easier to transport than liquefied natural gas. But how many engineers can actually see through the "interesting engineering challenges" associated with LNG infrastructure to see this as just the next step further down in the big picture?

But does it all have to be like this? Looking at us as a species, what are we most proud of? Perhaps, a good answer is: "Head, Hand, Heart". Given those, we actually have an unparalleled potential for system stabilization and damage repair – it almost seems as if Nature originally intended humans to be the ultimate gardening pioneer repair species. At some point in the past, we must have become confused and embarked on a destructive mega-project that allocates human creativity (literally, "the power to create") to ever more cunning schemes for exploitative destruction. The dissonance between this sort of "cleverness" and "wisdom" could not be any stronger. Personally, I sometimes wonder whether the book of Genesis is all about man’s dissociation from gardening, and hence the beginning of this doomed project that was started by the one fellow who first ploughed the soil ("adamah") and actually was named after it by his contemporaries ("Adam"). "In the sweat of thy face shalt thou eat bread." Now, could we not just get rid of much of that sweat once again by getting our carbohydrates from trees? And, might all those apocalyptic prophecies in the Bible actually be just nothing else but warnings that the basic scheme underlying that civilization, exploitation, is ultimately doomed to fail?

In some of the recent literature on education, an important useful concept is that of "alignment": When designing an assessed educational program, it is important to pay attention to designing the test in such a way that it actually effectively tests the desired competence. While this may sound painfully obvious, widespread use of multiple-choice tests in inappropriate ways is one of many indications of a real problem here. It seems useful to also think about our unnecessarily destructive behaviour in terms of an "alignment" problem. Viewed like this, the obvious question to ask is: "How would we have to re-design the rules of the (economic) game in such a way that human creativity gets allocated towards earth repair?" This question comes with an imperative, the imperative to dream, to consider daring ideas that completely run counter to our life experience – to think what has not been seen before. My impression is that many of the ideas that seem promising will in some way involve re-thinking money. After all, allocation of human effort is the central economic question, and money is a central mechanism for making economic decisions.

What is money? Interestingly, history of economic thought shows that this is a highly confusing question, and widespread beliefs on what is a good answer have changed in time. But isn’t it strange to be confused about the nature of something so fundamental? It is not as if, say, physicists were confused about the nature of energy. Let us, for now, consider the simplistic idea that "money = gold". The comedian Mike Harding came up with an interesting observation [4]:

Gold, n.: A soft malleable metal relatively scarce in distribution. It is mined deep in the earth by poor men who then give it to rich men who immediately bury it back in the earth in great prisons, although gold hasn’t done anything to them.

It is not that if we could just agree on "money = X" for some arbitrary X that has a number of desirable properties without expecting this to have any consequences towards our collective behaviour. A quite immediate consequence of the equation "money = gold", for example, is to have poor villagers on the Philippines poisoning their environment with mercury and cyanide, i.e. allocating human effort towards producing a more poisonous environment for their children. This strongly smells of a "misalignment" problem. Would it then be possible to turn this around by thinking about "money = X" as a design problem? An idea that almost suggests itself here is to take something as X that is fundamentally related to ecosystem health, such as e.g. forested area, stabilized dunes, or fertile topsoil. What consequences would such a scheme have for an economy that has to extend its monetary supply? While caution is strongly advised here, as there easily can be unexpected side effects, and one very easily becomes blind to the flaws of an idea one is in love with, the direct answer seems to be: this is only possible if people plant more forests, and improve soil fertility, hence providing a compellingly strong incentive towards repair. (Of course, these thoughts are just a crude first outline that may need a number of refinements.)

Our present money is based not on gold, but debt, which brings with it a host of problems, in particular in situations where – e.g. due to declining availability of cheap work in the form of fuel energy – there is a systemic reason for promises pledged becoming unfulfillable. One curious very different sort of money is the stone money of the ancient Yapese, Rai stones [5]. Essentially, while a key idea again is scarcity (based more on a difficulty to obtain, rather than limited natural abundance of raw material), this in effect is "merit money": one can "make new money" by embarking on an adventurous journey and then investing even more work to produce new "money stones". To society as a whole, such activity may not be overly damaging, like poison-dependent mining, but it still seems somewhat strange, as it uselessly burns up human creativity. So, the idea of "merit money" seems to be more beneficial than the idea of "scarcity-based preciousness money". Still, would it not be even much better if the actual "merit" were tied not to an essentially nonsensical activity, but to actions providing ecosystem abundance, such as repairing degraded soils?

Continue to Part II of this series…. 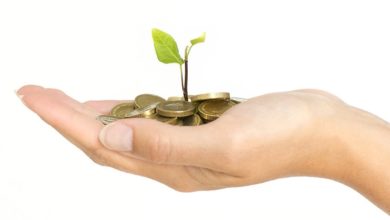