The fight against the superstores is a struggle for democracy

I have been writing about it for years. But it’s only now, when I’m caught in the middle of it, that the full force of this injustice hits me. Like everyone else here I feel powerless, unstrung as I watch disaster unfold in slow motion.

I live in the last small corner of Gaul still holding out against the Romans. In other words, a small market town (Machynlleth in mid-Wales) which has yet to be conquered by the superstores. No one expects us to hold out for much longer. Last month Tesco submitted an application to subjugate us(1). It wants to build a store of 27,000 square feet on the edge of the town centre(2). This is twice the size of all our grocery stores put together, and bigger than our tiny settlement – 2100 souls – can support. Tesco will prosper here only if other shops close and customers come from miles away.

Over 300 people – roughly one fifth of the adult population – have sent letters of objection. The case against the store and the strength of local feeling is so strong here that if we can’t beat Tesco, no one can. But, being deficient in magic potion, we have precious little chance of stopping it.

This town’s tragedy has been precisely foretold. In 1998, the government commissioned a study of the impact of big stores on market towns(3). It found that when a large supermarket is built on the edge of the centre, other food shops lose between 13 and 50% of their trade. The result is “the closure of some town centre food retailers; increases in vacancy levels; and a general decline in the quality of the environment of the centre.” Towns are hit especially hard where supermarkets “are disproportionately large compared with the size of the centre”. In these cases the superstore becomes the new town centre, leaving the high street to shrivel.

If this monster is built, everything that is special and precious and distinctive about this town – the quirky shops, the UK’s oldest farmers’ market, the busy community – falls under its shadow. Tesco will suck the marrow out of us.

The prospects for small shops were dim enough during the boom. As the supermarkets closed in, independent stores in the UK shut at the rate of 2,000 a year between 1997 and 2004(4). Now they’re in much bigger trouble. A report by the Local Data Company at the end of July suggests that 12,000 independent shops have already closed in England and Wales this year(5). Tesco, by contrast, has been mopping up. In April, for the first time, its turnover exceeded £1bn a week(6).

But in seeking to oppose its application, we find ourselves fighting bound and gagged. Tesco launched its campaign with an exhibition and “consultation”, which seemed to me to be wildly biased in favour of the development. I asked its PR man whether the consultation would be independently audited. The answer was no. Tesco announced that the great majority of residents were in favour of the store. A door-to-door survey by local people discovered the opposite, but I think you can guess which study made the headlines.

We waited, but we had no idea when Tesco would submit its application. Like all developers, it is not obliged to give prior notice. It submitted its plans to the county council on June 24th. The council didn’t release them until July 14th. From Tesco’s point of view, the timing was perfect. This was the week in which the county’s schools broke up and many of its opponents were setting off on holiday. We had until July 31st to register our objections (we lost four days due to council fumbling). People are now returning from their holidays to discover that it’s too late to object.

To compound the unfairness, there is no legal requirement for the developer to ensure that the claims it makes are accurate. Tesco’s application is riddled with questionable statements. It maintains that the new store “will provide a minimum of 140 additional full and part time jobs”(7). But the superstores’ own research shows that every large outlet causes the net loss of 276 jobs(8). That’s hardly surprising: independent shops employ five times as many people per unit of turnover (9). Tesco maintains that it will buy local produce “wherever possible”(10). But when its representatives were challenged on this point, they said that local suppliers would have to sell their produce to the company as a whole. It would be trucked to the nearest distribution centre – now 120 miles away in Avonmouth – and then trucked back across Wales to Machynlleth(11). Incredibly, Tesco proposes that its new store will reduce the traffic on our congested roads(12). It appears to be relying on a radical misinterpretation of the evidence(13).

But the real issue is this: if the county council turns it down, Tesco can appeal. The cost to the council would be astronomical. As John Sweeney, leader of North Norfolk District Council observed, Tesco “are too big and powerful for us. If we try and deny them they will appeal, and we cannot afford to fight a planning appeal and lose. If they got costs it would bankrupt us.”(14) Hardly any local authority is prepared to take this risk. Tesco can keep appealing and resubmitting, using its vast funds until it gets what it wants. Objectors, by contrast, have no right of appeal. The inequality of arms means that we scarcely stand a chance.

Once the store is built, we will quickly be deprived of choice. As the first wave of customers peels off and the income of the independent stores declines, the quality and range of their produce falls, driving more people into Tesco’s arms. From that point on, the collapse becomes unstoppable.

The question that occurs to me is this: why should people who don’t live here be making this decision? Why do the planning laws not permit us to hold a referendum? I understand why decisions about essential services should not be made by the community alone. I know that rich villages try to shut out social housing and that local people campaign against hostels for the homeless and mental health units. But in this case we are not talking about essential services. We are talking – or so we are told – about choice. You can already buy all the food you need in this town, including (from the market stalls) much cheaper produce than the superstores sell. By voting against Tesco we would not be depriving anyone of the means of subsistence.

So why should we hand this decision to a remote and frightened county council? The choice should be ours and ours alone, and it should be final. If planning had worked like this, I’m sure that Britain would be a very different country, in which independent shops still thrived and communities still deserved the name. This might look like a battle over diversity and local character. Underneath it is a struggle for democracy. 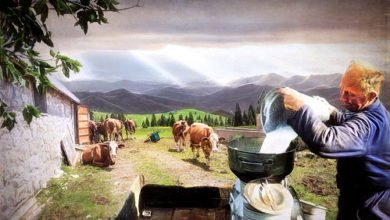