Did you know that more than five percent of the world’s milk supply comes from water buffalo? Yes, that’s it, just like the one enjoying a leisurely soak above.

There are approximately 160 million water buffalo in the world, and about 95% of these are found in Asia (and about half of those are in India). Between 20-30% of farm power in asia is provided by these self-replicating, fertiliser-producing tractors. (Animal Diversity Web). Most of our readers will be oblivious to how dependent a large percentage of the world’s population are on these enormous, domesticated bovines.

In Vietnam I had opportunity to see these mild mannered friends of humanity at work and at play, and so thought I’d share a few pictures in a bid to give them a little credit for their labour on our behalf. A water buffalo at the car wash

Walking past a water buffalo for the first time can be a little disconcerting (they are huge, weigh as much as a small car, and their horns are often up to or over a metre long). They’ll stare as you walk by, but their overwhelming nonchalance about… well… pretty much everything, quickly becomes obvious. I’ve seen these guys sit in the middle of a busy road – the main north/south road that runs down the east coast of the country – causing buses and trucks to stop and wait for a gap in oncoming traffic before they can divert around them. Drivers don’t even bother to honk their horns, as they know it’ll do no good. Cars must be particularly careful – being as likely to bounce off a buffalo as to knock one down.

The only time I’ve ever seen a water buffalo run was when dogs a fraction of their size fooled the beast into thinking they were somehow a threat. If only the buffalo would take a moment to notice the dogs never got that close, for a reason.

According to the many people I spoke to, water buffalo rarely become aggressive or hurt humans, and if they do it is normally because an owner has tried to break up a domestic dispute between two of them, and got caught in the middle. At least on small side roads there’s often someone about to ‘motivate’ them…. "Can’t a buffalo get any rest around here?!"

Water buffalo serve multiple uses in Asia, where they are a major part of the economy and an important contribution to the resilience of the people. Sometimes they’re used as pack animals, but more often they pull ploughs and lumber or provide the power for other low tech devices. As mentioned above, they’re a champion source of milk (higher in fat and protein and also normally whiter than cow’s milk), which is in turn used to create butter (ghee) and even cheese in some regions (no, not Vietnam). Animals are obviously culled for meat as well.

Oh, and buffaloes are not dependent on waning supplies of fossil fuels. A child in Na Sai plays with a ‘child’ water buffalo A water buffalo calf looking for a child to play with? Why sit on dry land, when you can sit in a puddle?

However, despite their docility and their uses, their sheer size and weight can cause problems at times. I’ve seen water buffalo just ‘stroll’ right through what otherwise seemed sturdy wooden fences – just to access juicier grass on the other side. And, whatever you do, you don’t want to get on the wrong side of a wild water buffalo (unlikely today though, as they’re an endangered species – thought to be less than 4,000 individuals left).

And, unfortunately some people take advantage of their normally obliging disposition and compliance. The next two photos show an illegal logger making a rather naive water buffalo an accomplice – a partner in crime – as she smuggles a protected rainforest tree down river out of Laos into Vietnam (water buffaloes will even walk completely submerged for a time – strolling along the river bottom until it ascends sufficient for them to breathe again).

I think any judge in the land would let the buffalo off the hook though. Don’t you think? Oh, before you go, if you’re one of the few dozen people left on the planet that haven’t already seen the following clip – the Battle at Kruger – then it’s about time you did. It doesn’t feature the domesticated Asian water buffalo I’ve shared photographs of above, but the African wild cape buffalo instead. Their ancestry and possible common heritage is not well understood, but, that aside, this amateur footage is fascinating evidence that buffalo as a species aren’t completely apathetic about life, the universe, and everything. The main character in this story is a poor buffalo calf, that at one point is literally in the middle of a tug of war between lions and an enormous crocodile. Click play, and witness a bunch of buffalo decide enough is enough and team up to save the overwhelmed calf from certain death.

Can We Feed Ourselves in a Post Peak Oil World? 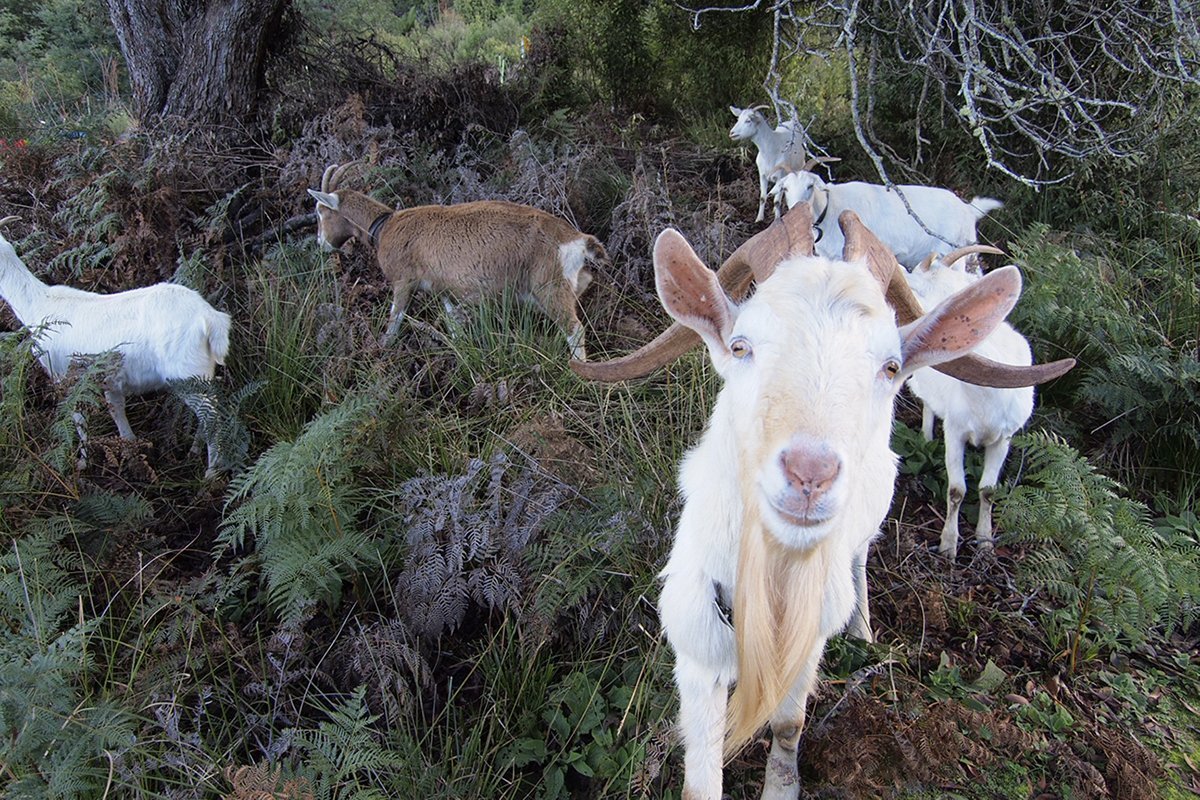