Could converting swimming pools into fish ponds be another way to increase food security as we head out onto peak oil’s downhill slope? A Permaculture fish pond in development

Swimming pools get a bad rap in enviro-circles, and for good reason. They cost a great deal to construct – using a lot of CO2 intensive materials in the process – they waste huge amounts of water and energy for maintenance, use chemicals to keep them clear and ‘safe’, and they take up a lot of space that could be utilised for more productive purposes (like growing veggies!). Many people also just find them a lot of work to look after, which is especially annoying when their usage is often only seasonal at best.

But, what if you’re already lumbered with a pool and are trying to make the best of the situation? Maybe it came with your property, or hindsight has kicked in after you’ve shelled out thousands to install something you almost never use…. What then?

Some simply drain their pool of water and leave it at that. Although that is an option, it isn’t a particularly attractive one, and the pool interior will still require periodic sweeping and cleaning if you want to avoid raised eyebrows from your mother-in-law and other guests.

Is there anything you can do? Is there a way to use the pool while maintaining aesthetics and perhaps even bringing some other benefits with it?

A couple of days ago I stopped in at the home of Vanessa Fernandes (a former PDC student of Geoff’s) and Justin Sharman on Australia’s Gold Coast – to check out a rumour I’d heard of their swimming pool conversion. It was a fascinating visit! You see, about eighteen months ago, after a little contemplation and research, Vanessa and Justin determined to make better use of the big watery pit in their back yard. They decided to turn it into a biologically active fish pond!

The work is still in progress, but is already, in my opinion, a seriously superior version of what they had before. If a pool-to-pond conversion is done well, aesthetics can improve dramatically, and you can also end up with a regular supply of fresh chemical-free fish for the kitchen.

Eating from the pool didn’t seem to be the primary goal for Vanessa and Justin, but rather to create a closed loop biological system that would add beauty and diversity to the rest of their Permaculture system.

How they did it

After draining the pool, they set to cleaning it of contaminants by scrubbing the inside with vinegar and rinsing it clean. This is important or the fish you introduce could die. Before introducing fish, however, plants need to be established, as well as the all-important oxygen-generating algae. Algae forms on its own when allowed, and the best plants to introduce are those you’ll find in natural freshwater environments in your area (lakes, ponds, rivers) as these are best suited for your climate. Justin and Vanessa even introduced a couple of plants that are regarded as ‘pests’ by many government authorities – like salvinia, a fast spreading floating fern. Rather than a pest, the plant serves a purpose here as chicken feed, and its characteristic of spreading fast just means the chickens have a good supply of it!

Another plant introduced is azola – which is very high in nitrogen due to its special relationship with a nitrogen-fixing cyanobacterium. This makes it an exceptionally good mulch (azolla is said to increase rice yields significantly – "as much as 158 percent per year"). Of course, they also introduced plants that are great for human consumption – like kangkong, water chestnut and watercress. The upside down crate in the water acts as a chicken self-rescue platform, in case
one chicken pushes another in (out of spite), and the hapless victim needs a way back out

At the moment the pool supports about a dozen silver perch ("plate sized", Justin said. "About 4-8 kilos of fish weight"). These are native to the region. The fry you can see below are munching on bread we tossed in to tempt the bigger guys that like to hang out in deeper water. I was hoping they might come up an impromptu photo shoot. The adults did make a showing, but they must be seriously camera shy, as they’d only lunge at the bread and disappear before my trigger finger had a chance to move at all. As we had another pressing engagement, I didn’t spend more than a few minutes on this, so forgive me for not supplying a picture of the final ‘product’. I guess it’s yet another fish-that-got-away story…. Oh, speaking about snails, if anyone spotted the blue hoses at top and thought I really should have pulled them out before taking any pictures, let it be known that I was going to do just that, but got stopped in my tracks. These hoses also serve a purpose – snails cling to the outside, and also live inside the hose, and it’s from these hoses that the fish like to feed.

As mentioned, algae is very important for the health of the pool – but you can have too much of a good thing. Algae blooms are to be avoided as they can suffocate life in the pool. A balanced algae population can be regulated in three ways: 1) reducing nutrient input (i.e. harvest some fish), 2) reducing light (i.e. add a translucent shade, or a living vine, over part of the pool), or 3) simply scoop some algae out if you get desperate and use it for mulch or compost.

The biggest thing stopping a decent increase in the fish population is oxygen. To regularly eat from the pool, Vanessa and Justin would need to incorporate a water filter/oxygenation system – which is something they’re looking at doing next. As you can see from the pictures, the water in this particular pond is rather ‘natural’. A biological filter would make the water clearer – so, if you wanted, it could still retain the pool’s original purpose (swimming!). Increased oxygenation also tends to keep algae from getting out of hand.

A bio-filter doesn’t need to be too complicated or expensive. Water could be pumped out of the pool and through a gravel trench, and then back into the pool (a solar pump could be utilised). As the water passes through the gravel it gets filtered/cleansed (by the algae that will develop there) and oxygenated. Reeds growing on the gravel aid in making the biological filter itself a closed system.

As well as the general aesthetic and the potential for increased food security and health, pools like these also contribute to the health of the garden in general as they attract a greater diversity of wildlife. Vanessa and Justin now have regular visits from predatory creatures, including white-faced herons and even the australasian bittern, a threatened species.

Essentially, a pool like this is a great example of the very essence of Permaculture – working with natural synergies, and finding ways to make them work for ourselves and the environment. Where modern agribusiness concentrates on chemistry, Permaculturists deal in biology. Instead of reductionist science, which would take just one element and pull it apart to its base chemical ingredients before we look up thinking we understand something, this kind of management takes a broader view.

This reminds me of an excellent passage that brings this thought home well:

Working with living creatures, both plant and animal, is what makes agriculture different from any other production enterprise. Even though a product is produced, in farming the process is anything but industrial. It is biological. We are dealing with a vital, living system rather than an inert manufacturing process. The skills required to manage a biological system are similar to those of the conductor of an orchestra. The musicians are all very good at what they do individually. The role of the conductor is not to play each instrument but rather to nurture the union of the disparate parts. The conductor coordinates each musician’s effort with those of all the others and combines them in a harmonious whole.

Agriculture cannot be an industrial process any more than music can be. It must be understood differently from stamping this metal into shape or mixing these chemicals and reagents to create that compound. The major workers – the soil microorganisms, the fungi, the mineral particles, the sun, the air, the water – are all parts of a system, and it is not just the employment of any one of them but the coordination of the whole that achieves success. – Eliot Coleman, The New Organic Grower, p.3, 4.

Justin and Vanessa’s back yard is not only a productive permaculture garden, but also an extremely beautiful wildlife habitat. I think my camera and I will have to stop by again sometime….

Justin gave me a few resources that they found useful for their pool:

Taking The Leap: One Family’s Transition to Permaculture 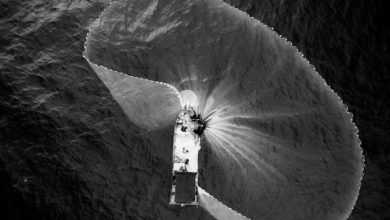 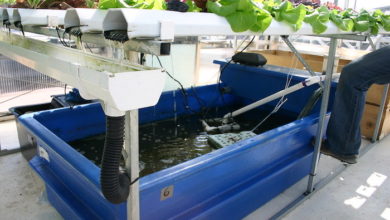 July 30, 2020
PRI Newsletter
Get the latest permaculture news stories straight in your inbox