As a new report lands on Obama’s desk, we need a groundswell of energy, education and change from Permaculturists everywhere.

A 190-page report ‘Global Climate Change Impacts in The United States‘ has just been released. It is a ‘state of knowledge’ report from the US Global Change Research Program(1) that brings together the latest climate science information available and is intended to assist politicians in forming appropriate policy to help mitigate, and adapt to, the impacts of climate change. It is described as "the most up-to-date, comprehensive and authorative assessment of climate change impacts on the United States".

Unlike a lot of documents pieced together by scientists, this report – addressed to the U.S. Congress and the President of the United States – is written in plain speak. It’s well worth a peruse. It covers, in detail, how climate change is already making changes within the United States, and also projects, as far as possible, likely scenarios for future change. The report is humble in tone, being candid about its own limitations when it comes to complicated feedback mechanisms, etc.. You can browse chapters that cover climate change impacts by sector (water, energy, agriculture, ecosystems, etc.), and by region.

This document is significant – not only because it’s the largest peer-reviewed study in climate change to come out of the United States, but also because it includes information that became available after the 2007 Intergovernmental Panel on Climate Change (IPCC) report was released (those of us who’ve been keeping track on climate science will know that a lot of new information has come to light since the release of the IPCC 4th Assessment Report – which was famously conservative due to its rigorous peer review process and other influences…).

You can learn more about the basis of the report and its contents via the YouTube clip at bottom (the June 16 White House release). And, key findings from the report are, and I quote: 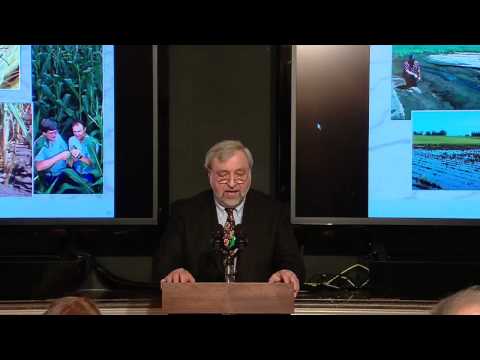 Permaculturists know there are solutions to all of the world’s problems, and that these solutions are based in the intelligent management of biological synergies. We can harness the laws of nature and put it to work for us, not through manipulation and control, but through observation and imitation. Where it becomes complicated is in transforming our current entrenched agricultural, economic and political systems. There are billions of us out on this rather slender limb. A last minute stampede and its all over. Permaculture design, if it is to be incorporated into every bite of food we take and every cup of water we drink, necessitates systemic change in political and economic thought. Sooner or later, basic need will force a great many people to begin working the land – any land they can find, regardless of title. The challenge we face is getting politicians and the public to recognise this, and to begin, now, the urgent transition that is required to minimise social unrest as we make this transition.

We can, once more, turn our soils into a carbon sink rather than the carbon source they’ve become. We can begin to restore soil fertility and thus conserve and purify water and restore our water tables. But, it will require education, determination and a concerted large scale implementation. There are no quick fixes here. Generations of ecological abuse have gone hand in hand with urbanisation. Fossil fuel energy has enabled us to become ‘free’ from agricultural labour – free to become fully detached and ignorant of natural systems. We thought nature could be managed and processed like a Model T Ford on a production line. We thought our fields could function like a factory floor. We thought plants would respond uniformly, everywhere. We thought nature would adapt to us. But now we’re facing the bill for living this dream – in ecological upheaval the likes of which our race has never witnessed before.

We need to re-ruralise and relocalise. Permaculture has often been described as ‘an alternative lifestyle’. Let’s quit with these inaccurate clichés. Permaculture is not an ‘alternative’. There is no alternative.

The Secret Life of Paper