Making a living in our modern culture usually requires that you participate in the destruction of the world. We can’t go back to Homo hunter-gatherer. Is there another way forward? There is an another way to make a living that enables you to do what you love and save the world at the same time. I call it the “middle way” of making a living between our modern industrial system and hunter gathering. This is a deep subject that deserves to have several books written about it.

Saving the World and Sustainability

What do we mean by saving the world? We mean humanity continuing in some fashion without taking tens of millions of species down with us. Today our culture is solely responsible for the greatest mass extinction since the death of the dinosaurs 65 million years ago. I say, “our culture,” because humanity has lived in harmony with the earth for three or four million years. The problem is not humanity. The problem is our culture, our growth, and how we make a living.

Some believe that sustainability involves living in a manner that does not diminish the prospects of future generations. That is an “all about humanity” definition that needs to be discarded.

True sustainability has our species, like all others, living in harmony with the ecosystem or Gaia. True sustainability is measured by the growth, not of human population, but of topsoil and biodiversity. These two are the only evolutionarily proven measures of sustainability, and have nothing to do with humanity’s success or failure. Permaculture, by allowing succession and by using natural structures such as a forest or an old field, is the best examples I know of that both builds top soil and allows for species biodiversity growth.

Why do we need the other species? In some respects we don’t. But in the long run we do. We need the full resilience of the earth’s ecosystems to adapt to an ever changing world. I also believe that the true measure of our intellect is not what we can take or build, but what we can nurture and leave alone.

Yes, we may be the first to reach this level of consciousness, but the question is are we going to be the last, or are we the mentors for those that will follow over the next few million years?

Honestly, for this to happen our modern monoculture and civilization most likely is going to have to be replaced by a wide diversity of earth friendly cultures. Humanity may be able to continue in a powered down version of what we have for the next 10-20 years. If our culture manages to survive in the long run, it will be in a monoculture desert of our own making. The sad thing is that future generations will not know or appreciate what it was like today just as we don’t know what it was like 200-300 years ago.

Tribal Way of Making A Living

A tribe is a group of people working together to make a living, sharing equally, and with no hierarchy. Generally, tribes are fewer than 150 people. British anthropologist Robin Dunbar theorized this number of people to be the limit with whom we can maintain stable social relationships in which we know each person. He suggests that numbers larger than this require more restricted rules, laws, and enforcement.

All profits, losses, and finds are shared equally. Decisions are made by consensus. It appears that ownership, at least initially, is not so important when getting started. However, since private property leads to hoarding and is a disincentive to sharing, it should be eliminated. All non-household assets should also be communal or part of the commons.

A New Ethic and World View

Here is where it starts to get new. We need to embrace a new world view or honestly remember the original one. Chief Seattle in his 1854 speech and Daniel Quinn in his book Ishmael taught that the world is a sacred place and humanity has a place in it. Another way of saying this is that humanity belongs to the earth, our ecosystem, and Gaia.

This is the opposite of the world view that our ancestors created 2,000 years ago that humanity is flawed, we are sinners, and the earth is a proving ground to see whether we are worthy to go to a better place when we die. This belief gave us a “dominion” which we have to relinquish if we, or at least, most of the other species are going to survive.

Permaculture is also based on three central ethics:

These ethics translate to making a living in a way that does not participate in destruction of the earth. This means more than not starting a toxic chemical or genetic engineering lab.

This may mean that will have to shift back to giving support to get support instead of making things to get things. A healthy self reliant local community focusing on each other and on giving support will provide greater cradle-to-grave security than our “all about me” culture.

If we are going to make products, they need to be made and consumed by the local community, bioregion, or watershed. If products are made for export and not just local use, the level of consumption will again lead to the depletion of local resources. I see this just driving around Oregon and Washington in the form of missing forests. In Peru 60 people just died in clashes between indigenous protestors and police over drilling for oil and gas in the rain forest. Defending your local resources and bioregion from outside interests is serious business.

Produce what you need now and some reserves, but not a large surplus that can be concentrated. If you concentrate resources or work within a hierarchy, you again will encourage hoarding, and take away the incentive to share.

One of the keys to the success of the Amish is that they do not operate in a way that creates entanglements with modern culture. Their aversion is more about the entanglement and not so much against technology. For example, the Amish use wood wheels which they can manufacture and repair themselves. They do not use rubber wheels because they don’t want to be dependent on modern culture. The Amish have nothing against rubber, but they do not want to be dependent upon us.

No individual or even a small group of people can be an island. It will take enough people working together as a community to bring one or both legs out of modern culture. Maybe one will have to work a day job while building skills and a tribal business with your friends. This will be a process not an overnight revolution. Remember though, petrocollapse will not conform to a gradual or delayed schedule for our convenience.

Set Aside Time for Yourself

Start by doing what you love to do. You will become good at it, enjoy your work, and will make the biggest impact with your life that way.

Don’t work more than maybe 30 hours per week. This not only allows for employment of more people, but it gives you time to work on yourself, to study, grow, explore, and self-actualize. This is part of the reason our culture is stuck where it is. People are worked so much and not given a holistic education to think for themselves. Develop your vocabulary, arts, music, mental constructs, travel, and just general self-actualize. So powerdown, give away a bunch of your stuff, and reduce your overhead.

How to Get Started

Based on my experience as an entrepreneur, I would say follow the path of least resistance and watch for serendipity. Try multiple things and see which one gets the most traction. Walk before you run. Try your ideas on a part-time or hobby basis before committing. You could start with your neighbors and each could plant a different fruit or nut tree and you could exchange harvests in the fall. Create a micro-neighborhood edible perennial nursery business. The possibilities are endless. Have fun with it.

One idea I am considering is to start by creating a virtual community. We cannot all move in next door to each other overnight, but like-minded people could put their properties into a land trust for the benefit of the community. It may also be easier to coalesce closer together over time as the opportunities arise.

At Restoration Farm we are trying to build a tribal permaculture farm. We hope to be mostly chemical and fossil fuel free. The fossil fuels we use are largely for infrastructure setup and not so much for planting and harvesting. We will be experimenting with U-pick blueberries and food forest, and compost for reduced food cost models.

Finding a benevolent way of making a living that allows you to do what you love and to not participate in the destruction of the world is a journey of a lifetime.

Visit www.culturequake.org to read the blog, visit the Culturequake amazon.com book store, and learn more about the book Culturequake: The Fall of Modern Culture and the Rise of Earth Culture. ©2009 Chuck Burr LLC

Jan Lundberg
As surely as the red sun rises: Rebelling against extinction 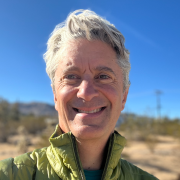 What You Need to Know

Life at Zaytuna - Part I