Over the last few years the nuclear industry has used concerns about climate change to argue for a nuclear revival. Although industry representatives may have convinced some political leaders that this is a good idea, there is little evidence of private capital investing in nuclear plants in competitive electricity markets. The reason is simple: nuclear power is uneconomical.

In an excellent recent analysis, “The Nuclear Illusion,” Amory B. Lovins and Imran Sheikh put the cost of electricity from a new nuclear power plant at 14¢ per kilowatt hour and that from a wind farm at 7¢ per kilowatt hour. This comparison includes the costs of fuel, capital, operations and maintenance, and transmission and distribution. It does not include the additional costs for nuclear of disposing of waste, insuring plants against an accident, and decommissioning the plants when they wear out. Given this huge gap, the so-called nuclear revival can succeed only by unloading these costs onto taxpayers. If all the costs of generating nuclear electricity are included in the price to consumers, nuclear power is dead in the water.

To get a sense of the costs of nuclear waste disposal, we need not look beyond the United States, which leads the world with 101,000 megawatts of nuclear-generating capacity (compared with 63,000 megawatts in second-ranked France). The United States proposes to store the radioactive waste from its 104 nuclear power reactors in the Yucca Mountain nuclear waste repository, roughly 90 miles northwest of Las Vegas, Nevada. The cost of this repository, originally estimated at $58 billion in 2001, climbed to $96 billion by 2008. This comes to a staggering $923 million per reactor–almost $1 billion each—assuming no further repository cost increases. (See data at www.earthpolicy.org/Updates/2008/Update78_data.htm).

In addition to being over budget, the repository is 19 years behind schedule. Originally slated to start accepting waste in 1998, it is now set to do so in 2017, assuming it clears all remaining hurdles. This leaves nuclear waste in storage in 121 temporary facilities in 39 states–sites that are vulnerable both to leakage and to terrorist attacks.

One of the risks of nuclear power is a catastrophic accident like the one at Chernobyl in Russia. The Price-Anderson Act, first enacted by Congress in 1957, shelters U.S. utilities with nuclear power plants from the cost of such an accident. Under the act, utilities are required to maintain private accident insurance of $300 million per reactor–the maximum the insurance industry will provide. In the event of a catastrophic accident, every nuclear utility would be required to contribute up to $95.8 million for each licensed reactor to a pool to help cover the accident’s cost.

The collective cap on nuclear operator liability is $10.2 billion. This compares with an estimate by Sandia National Laboratory that a worst-case accident could cost $700 billion, a sum equal to the recent U.S. financial bailout. So anything above $10.2 billion would be covered by taxpayers.

In addition to the costs just cited, the industry must cope with rising construction and fuel expenses. Two years ago, building a 1,500-megawatt nuclear plant was estimated to cost $2–4 billion. As of late 2008, that figure had climbed past $7 billion, reflecting primarily the scarcity of essential engineering and construction skills in a fading industry.

Nuclear fuel costs have risen even more rapidly. At the beginning of this decade uranium cost roughly $10 per pound. Today it costs more than $60 per pound. The higher uranium price reflects the need to move to ever deeper mines, which increases the energy needed to extract the ore, and the shift to lower-grade ore. In the United States in the late 1950s, for example, uranium ore contained roughly 0.28 percent uranium oxide. By the 1990s, it had dropped to 0.09 percent. This means, of course, that the cost of mining larger quantities of ore, and that of getting it from deeper mines, ensures even higher future costs of nuclear fuel.

Few nuclear power plants are being built in countries with competitive electricity markets. The reason is simple. Nuclear cannot compete with other electricity sources. This explains why nuclear plant construction is now concentrated in countries like Russia and China where nuclear development is state-controlled. The high cost of nuclear power also explains why so few plants are being built compared with a generation ago.

In an illuminating article in the Bulletin of the Atomic Scientists, nuclear consultant Mycle Schneider projects an imminent decline in world nuclear generating capacity. He notes there are currently 439 operating reactors worldwide. To date, 119 reactors have been closed, at an average age of 22 years. If we generously assume a much longer average lifespan of 40 years, then 93 reactors will close between 2008 and 2015. Another 192 will close between 2016 and 2025. And the remaining 154 will close after 2025.

But only 36 nuclear reactors are currently under construction worldwide–31 of them in Eastern Europe and Asia. Although there is much talk of building new nuclear plants in the United States, there are none under construction.

What these numbers indicate, Schneider points out, is that plant closings will soon exceed plant openings–and by a widening margin in the years ahead. The trend is clear. From 2000 to 2005, an average of 4,000 megawatts of nuclear generating capacity was added each year. Since 2005, this has dropped to only 1,000 megawatts of additional capacity per year.

Even if all reactors scheduled to come online by 2015 make it, the projected closing of 93 nuclear reactors by then will drop nuclear power generation roughly 10 percent below the current level. Unless governments start routinely granting operating permits for reactors more than 40 years old, a half-century of growth in world nuclear generating capacity is about to be replaced by a long-term decline.

Despite all the industry hype about a nuclear future, private investors are openly skeptical. In fact, while little private capital is going into nuclear power, investors are pouring tens of billions of dollars into wind farms each year. And while the world’s nuclear generating capacity is estimated to expand by only 1,000 megawatts this year, wind generating capacity will likely grow by 30,000 megawatts. In addition, solar cell installations and the construction of solar thermal and geothermal power plants are all growing by leaps and bounds.

The reason for this extraordinary gap between the construction of nuclear power plants and wind farms is simple: wind is much more attractive economically. Wind yields more energy, more jobs, and more carbon reduction per dollar invested than nuclear. Though nuclear power plants are still being built in some countries and governments are talking them up in others, the reality is that we are entering the age of wind, solar, and geothermal energy.

Escaping the Matrix - Lifestyles Without Limits

Letters from Vietnam: Hanoi, or Venice? 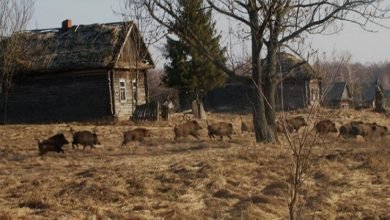 Nuclear Subsidies Largesse by other Names